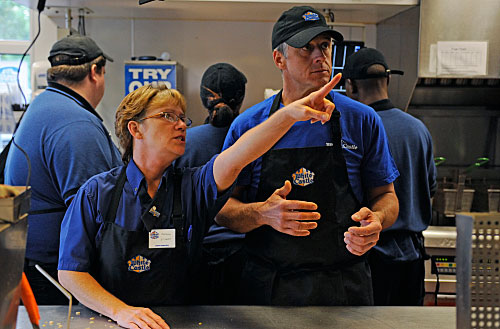 This marks the first time the British-conceived format has launched in Latin America as an original.

Globo will run the show as Chefe Secreto, running as an 8x15mins segment in weekly Sunday night primetime show Fantástico from this week (September 13).

All3Media International, the sales arm of UK-based production group All3Media, currently has the format in development in Chile, with other territories “soon to follow”.

There are also local eastern European versions in the works for the first time, with Polish and Bulgarian channels set to launch their own versions.

All3Media International’s senior format sales executive Facundo Bailez said: “Undercover Boss has already proven to be a hit around the world, and we’re confident that Globo’s Chefe Secreto will be the first of many new adaptations in the region.”

Coming from All3Media America chairman Stephen Lambert, the show sees corporate-level executives go undercover in the lowest ranks of their business to discover how the business is really doing. They then single out hard-working employees for praise or promotion, while learning what needs changing.