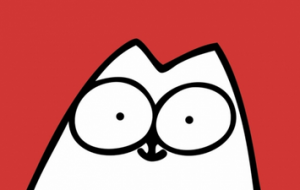 The company, also called Simon’s Cat, will sit within the Endemol Beyond UK premium online channels and distribution group.

Simon Torfield launched Simon’s Cat in 2008 as a platform for the Simon’s Cat brand, and the comedy now has had more than 650 million views and counts 3.5 million YouTube channel subscribers to its name.

Endemol Beyond and Torfield will look at expanding the firm’s efforts in television, publishing, and licensing and merchandising, while exploring new platforms.

Simon’s Cat follows the tribulations of a fat white cat and his long suffering owner, Simon. Illustrator Torfield created the brand, which was an immediate social media hit when launched on YouTube. The firm recently made its first colour film, Off to the Vet, after a successful crowd-funding initiative.

Entertainment One has to this point had distribution rights to Simon’s Cat following an agreement struck in May 2013.

Endemol Beyond UK, which is part of the wider Endemol Beyond group, comprises channels such as Michelle Phan’s UK- and US-co-launched ICON, sports-focused Rule’M Sports, and Legends of Gaming, which was born in the UK, but now has both US and German iterations.

In May, it was revealed MCN businesses Endemol Beyond UK and ChannelFlip would remain operating separately within Endemol Shine UK.

“Simon Tofield is a creative entrepreneur and has built his business into an international online success. Simon’s Cat is a brilliant example of how an original brand created on YouTube can reach and delight huge audiences,” said Laurence Jones, commercial director at Endemol Shine UK.

“Millions of fans around the world love the mischievous and funny Simon’s Cat and there is enormous potential for growth, whilst staying true to the brand.”

“Endemol Shine Group has a fantastic reputation and a world-class premium channel network in Endemol Beyond,” said Tofield. “We’re looking forward to the next step of our relationship with the company and collaborating with the creative and commercial teams.”

United Agents advised both Endemol Shine UK and Simon’s Cat on the deal.