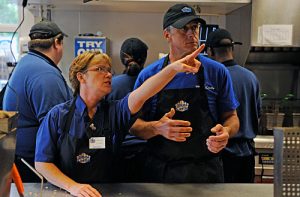 Carlson will head up reality producer Commonwealth Unscripted, the eleventh producer in the All3Media-owned All3 America stable.

The LA-based firm will look to create new unscripted programming for US broadcasters, while also overseeing production of the Emmy-winning Undercover Boss US, which airs on broadcast network CBS.

Carlson has been showrunner and executive producer of Undercover Boss since its second season, after which the programme took five straight Emmy nominations and two wins.

“Chris has been a great partner on Undercover Boss and we look forward to expanding our relationship with him through the creation of Commonwealth Unscripted,” said All3Media America president Eli Holzman.

Before taking the Undercover Boss post, Carlson was VP, alternative series development at CBS, where he worked on shows such as Survivor, Amazing Race and Big Brother. He also worked at Next Entertainment and MTV.