Fox sells out of MundoFox 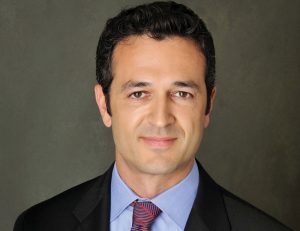 Fox International Channels has sold its stake in Spanish-language US channel MundoFox. Its partner in the joint venture, Colombian broadcaster RCN, has bought the FIC stake for an undisclosed sum.

Fox did not specify the reasons behind the sale, but said it remains committed to the US Hispanic market through its other Spanish-language offerings in the US.

“We’re proud of having started MundoFox with RCN and are confident that they will realise all of the potential of the network, Hernan Lopez (pictured), president and CEO of FIC said today.

He added: “Our company continues to be committed to the US. Latino marketplace through its Spanish-language channels, Fox Deportes, Nat Geo Mundo and Fox Life.

“We want to thank the entire team at RCN, led by Gabriel Reyes, the Ardila Lulle family, management led by Ibra Morales, as well as our valued staff, talent, advertising and station partners for their immense efforts, and wish them much success.”

Speaking to TBI soon after the channel launch, Lopez said: “Spanish-language television hasn’t changed much in the past 10 years and the telenovela is a style of storytelling that hasn’t evolved at the same pace as English-speaking viewing. MundoFox looks and feels like US television, but it just happens to be in Spanish.”

The channel is run by Ibra Morales (right), who joined from from Katz Television Group to become its president. He replaced Emiliano Saccone who moved into the MCN business.