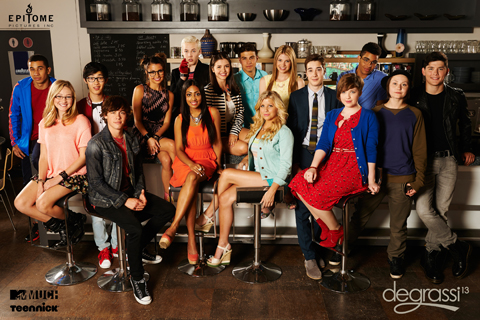 Long-running teen series Degrassi is coming to an end after US broadcaster TeenNick decided to end the show.

The Canadian-produced drama will have gone to 14 season after its final run this summer, which will be a two-week summer event series.

Internationally, the show is sold by DHX Media, which bought its producer, Epitome Pictures, for C$33 million (US$26.4 million) last year.

The final 12-episode season will launch with an hour-long special on July 20 at 9pm ET/PT in the US and end on July 31 with another special, It Goes There: Degrassi’s Most Talked About Moments. This will see cast members, creators and fans talking about the show’s most iconic moments.

Degrassi follows a group of teens at the Degrassi Community School as they tackle their routes to adulthood.

“For an incredible fourteen seasons, Degrassi has been a ground-breaking show tackling so many important topics that real teens face in their everyday lives,” said Keith Dawkins, senior VP and general manager, Nicktoons, TeenNick and Nick Jr.

“In the final episodes on TeenNick and through the hour-long special and social activations, we hope to say goodbye in a way that is both fitting to the show and Degrassi‘s passionate fan base.”