The Cirque de Soleil series (pictured) is for preschoolers and is inspired by the travelling circus company of the same name. The eleven-episode series follows a girl who plays in a dreamland that teaches her to make the impossible possible.

Season one will debut worldwide in the autumn of 2016, with a consumer products line, interactive digital content and an associated live tour in the works. 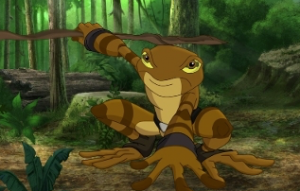 Tarzan and Jane is a modern-day retelling of the classic story, and sees Tarzan move from the African jungle to a London boarding school where he meets Jane, who helps him solve crimes, mysteries and environmental injustice.

An eight-episode season debuts in the second half of 2016. Avi Arad from Arad Animation is the executive producer.

Kulipari is based on books from American football star Trevor Pryce, and follows poisonous frogs, snakes, scorpions and spiders who go to war to ensure the survival of their world. 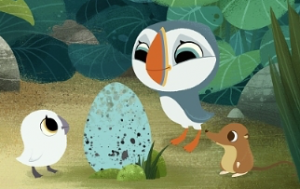 The latter preschool show, narrated by actor Chris O’Dowd, is set on an beautiful island near the Irish coast. It follows a plucky puffling girl and her curious younger brother as they explore the diverse sea, sky and underground creates.

The 13-episode season premieres exclusively on Netflix in the US, Canada, Latin America, Benelux, France and Germany in September, with other operating territories following a later date.

Furthermore, Netflix has acquired three first-run kids series. Russian kids show Masha and the Bear will debut this August in the US, while Nelvana Studios’ The Day My Butt Went Psycho will go out in the US, UK and Mexico. Elias, a Norwegian preschool toon, is already streaming in the US, Canada, UK, Ireland, Australia and New Zealand.