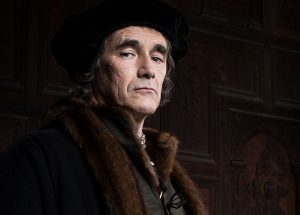 It will launch in the Netherlands next month and throughout the Benelux region soon after.

First is programmed with high-end scripted programming from BBC Worldwide, the commercial arm of the UK pubcaster, and third-party UK drama.

It has thus far only rolled out as a full linear service in Australia, on the Foxtel pay TV platform. It is also about to launch as a branded block on Sony’s AXN Mystery channel in Japan.

Next month it will launch on KPN’s pay TV service in the Netherlands, its first European roll out.

The localised offering will have BBC series including Wolf Hall (top), The Musketeers (below), Silent Witness and Last Tango in Halifax (bottom).

“The Netherlands is an important territory for us and I am delighted that BBC First will make its European debut in this sophisticated market,” said Paul Dempsey, president for Global Markets at BBC Worldwide. “We are immensely proud of this channel brand with BBC First promising to be the home of our very best fiction series.”

“Our channel roll out here signifies the greater level of commitment BBC Worldwide is making to reach its global audiences,” the Worldwide exec added.

BBC First is expected to launch on KPN in mid-May. A local website and social media offering will go live around the same time.

Jaap Postma, director consumer-market at KPN said: “All BBC channels are high quality, and this new channel brand brings together premium series and crime dramas with Dutch subtitles that make it easier to watch.”

He added: “We are very proud to be the launching partner for BBC First in The Netherlands. The channel will be free to watch at channel 23 for everybody that has Interactieve TV from KPN.”

First has proved popular on Foxtel, and the pay TV platform claims it is the channel roll out was the most successful non-sports launch on Foxtel since 2006.

Further European launches are expected soon after the KPN roll out.