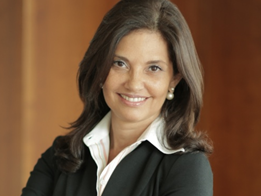 Maciel has held roles such as VP of programming, acquisitions, on-air planning and original productions of Sony Entertainment Television in Latin America, and senior executive programming and acquisition executive at Warner Channel. She has also worked for ESPN and AMC.

In her new role, Maciel will work with Coltro in the development of CMD’s content portfolio. This will include streamlining efficiencies and revenue potential, in part by developing new strategic relationships with producers and broadcasters, revising the current pay TV channel offering, programming and scheduling strategies and working on new business models.

“We are fortunate to be able to count on Wilma’s extensive expertise in the media industry as her role will be instrumental for the continuing implementation of our plan to consolidate the operations of the pay TV and content sales areas of Cisneros Media Distribution,” said Coltro.

“Wilma will work side by side with the executives of Pay TV and content sales in order to fulfil the growing demand of CMD’s international clientele, our broadcast and Pay TV channels, as well as the increasing number of digital platforms around the world.”