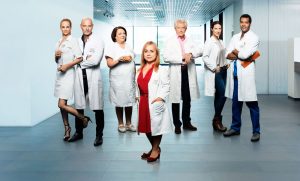 The German public broadcaster has ordered another twelve episodes of the show, about a diminutive kids doctor, Valerie Klein, working in an inner city children’s hospital.

The new season will deliver in spring. Season one performed well for ZDF, averaging 4.1 million viewers across its twelve-episode run.

Alexander Coridass, president and CEO of ZDFE said: “The excellent family and hospital series “Dr. Klein“, is a mix of big emotions and pointed humour which does not shy away from politically incorrect overtones.”