Supply and demand in Latin America 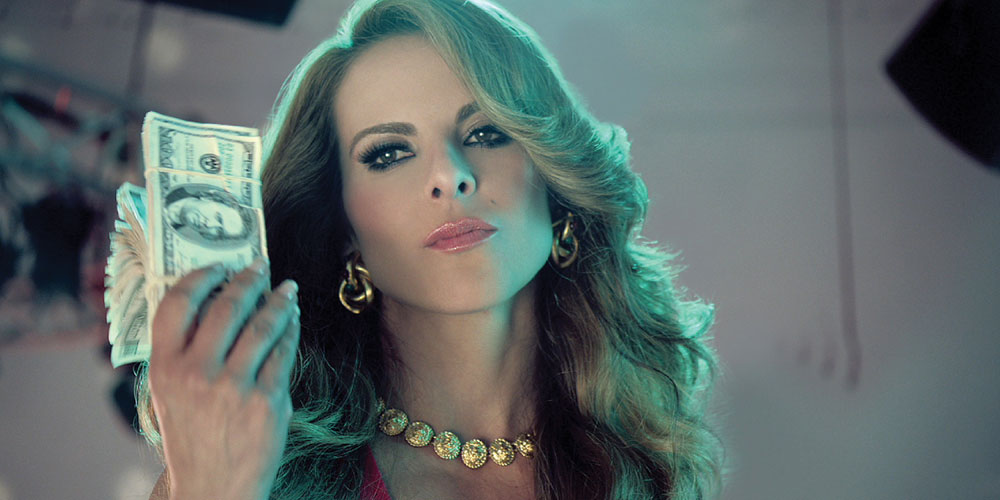 TBI and Eurodata TV look at the latest trends in TV viewing in Latin America and find that amid the still-popular classic telenovelas, the format is being reinvented and that a healthy market in imported drama from the Spain, the US and elsewhere exists

Latin America remains a drama market, but the type of series that are resonating has changed, with new forms of novella breaking through. The traditional soapy drama remains a programming staple region-wide, but a shorter, punchier and grittier iteration of the form is gaining ground, data for January-October 2014 shows.

“In fiction, the telenovela remains a key genre, but to face competition in the TV environment and reach a wider market, it has been reinvented, both in terms of form and content,” says Julia Espérance, media consultant at Eurodata TV and service manager for the New on the Air (NOTA) programming service. “They focus on new themes, they’re not the traditional sentimental love stories, and there is a real effort to diversify the audience to bring in male viewers with more action.”

To win these male and younger viewers, crime and often drug-crime are central themes in the new, edgier novellas. The recent trend started a couple of years ago with Caracol’s Pablo Escobar: El Patron del Mal (Pablo Escobar: The Drug Lord), which went from TV in Colombia to sell into France and the Netherlands as well as Thailand. In the US, Univision’s Unimas has El Varon de la Drog (The Drug Baron), which is written by former cartel member Andres Lopez Lopez and is a more recent example.

Espérance goes on to identify a sub-category among the new crime novellas. “The current trend is for narco-novellas with strong female protagonists, with shows such as La Viuda Negra (The Black Widow), based on the true story of Griselda Bianco aka ‘the Cocaine Godmother’, and Dueños del Paraíso (Masters of Paradise, pictured) and Señora Acero (Woman of Steel),” she says. Several of these are in line for US remakes.

The US networks targeting Hispanic viewers are particularly tuned into the narco trend with Dueños del Paraíso and Señora Acero both Telemundo shows and La Viuda Negra made by Televisa and RTI for Univision.

Many of the new novellas are also shorter in form and the US Hispanic broadcasters are at the forefront of the shift in run-time, targeting Latin viewers in the US with shorter series under initiatives launched recently.

Telemundo calls its shorter action novellas ‘super series’. Examples include El Señor de los Cielos (The Lord of Skies) and Dueños del Paraíso, which is a coproduction with Chilean network TVN. Univision has launched abridged versions of its novellas under a ‘Novelas Xpress’ banner and the 15-hours or less series are available on its TV Everywhere service UVideos as well as the Hulu catch-up and streaming service.

Streaming service Netflix is also getting into the drug trafficking game, with ten-parter Narcos set for 2015. The Gaumont-produced series will be largely in Spanish and is a fictionalised account of the most infamous drug boss of all, Pablo Escobar. 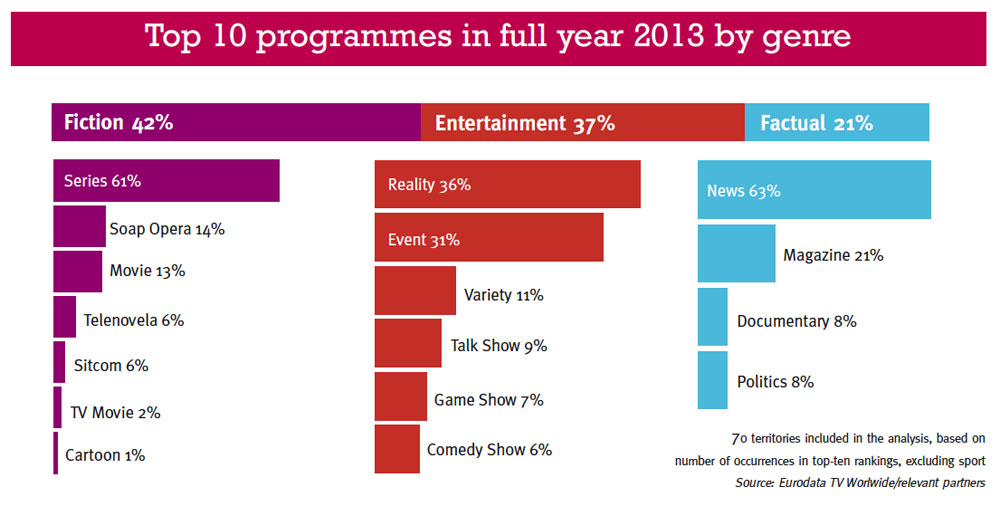 Eurodata’s latest data, for January-October 2014 reveals that broadcasters and cable channels in the Latin America are key drama importers. Through that period, 64% of all new shows launched were dramas, 23% entertainment shows and just 13% factual, a category that does not have a strong history or foothold in Lat Am.

Of the new drama launches, almost two-thirds were imported from elsewhere in the region or from outside countries and 7% were adaptations for formats from another territory. In terms of key suppliers, Spain is a natural place for Lat Am buyers to source programming, but other territories are also important.

“A lot of imports come from the US and Spain, but one of the biggest competitors to the Latins in terms of telenovela sales is Turkey, and Turkish drama is also on the rise in Latin America,” says Espérance. The likes of Global Agency-distributed drama 1001 Nights have proved popular, in its case on channels including Canal 13 in Argentina and Caracol in Colmbia.

Espérance adds: “Another strong competitor emerging is South Korea. Latins are showing interest in Korean series for several reasons: local viewers find a type of programming they are already familiar with, the telenovela and Korean drama are close as the latter tend to be sentimental love stories. There is also a wider Latin interest in K-pop culture. It’s another element of the ‘Korean Wave’ with shows such as A Gentleman’s Dignity airing on Televen in Venezuela.”

In terms of scripted imports across the first three-quarters of this year, 53% were regular TV series, largely from the US.

A further 36% were telenovelas, highlighting the inter-regional business for tape sales and adaptations among Latin-focussed distributors and broadcasters. Underscoring the business between the Latin-focused firms, Televisa’s Corazon Indomable (Wild at Heart) went out on Canal 9 in Argentina while in Mexico, Televisa’s own Hasta el fin del Mundo (Until the End of Time) is a remake of Dulce Amor (Sweet Love), an Acción Producciones novella for Telefe in Argentina.

Telemundo’s Reina de Corazones (Queen of Hearts), meanwhile, went out on Televisa’s Gala TV in Mexico, while El Secreto de Puente (Old Bridge’s Secret) originally went out on Antena 3 in Spain and is now set to air on TVN in Chile.