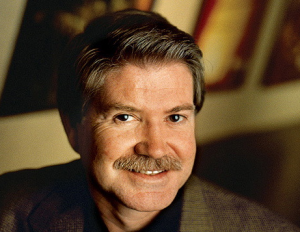 The ad-free platform will go live on March 18, 2015, with a “robust” 800-title-strong library of factual programming from the likes of France’s ZED and Terra Noa, BBC Worldwide, Australia’s Flame Distribution and Japan’s NHK.

It will also commission doc programming in 4K. The first three announced are David Conover’s Big Earth Picture, a 20-part series that captures visual wonders from around the world for 4K TV owners; Deep Time History, a multi-episode original that traces great people and events from history; and Digits, which will deliver a “comprehensive history of computers and the internet”. The latter two originals will only be available in North America.

CuriosityStream will be based in Silver Springs, Maryland – the same locale as Discovery, which he founded in 1985 and stepped back from last year.

The service, operated by Curiosity Project LLC, will be priced based on resolution streaming quality: US$2.99 a month for SD, US$3.99 for 720p HD, US$5.99 for 1080p HD and US$9.99 for a ultra high-definition 4K stream. Hendricks’ daughter, Elizabeth Hendricks North is president of Curiosity Project, while her husband, Peter North, is executive VP for digital media at CuriosityStream.

These will include Age of Robots from Flame; Annihilation, Life 2000 Meters Under the Sea and Behind the Artist from ZED, Cosmic Front from NHK, The Twilight of Civilisations and Madagascar: The Lost Makay from Terra Noa; and Earth: Power of the Planet, Simon Schama: Shakespeare and Us and Men and Machines that Beat Hitler from BBCWW.

Newly acquired shows will be added on a continuous basis.

Veteran ABC News producer Richard Sergay will serve as interview host for Curiosity Studios, and act as a senior consultant on Curiosity Project partnerships and acquisitions.

The launch of the service places Hendricks in direct competition with his former company, Discovery, which is recognised as the largest cable company in the world having built on the back on nets such as Discovery Channel, TLC and Animal Planet.

CuriosityStream also represents the first SVOD service of its size to cater purely for factual viewers. Netflix has sizeable doc and factual catalogue already, however, and commissions original docs and exclusively prebuys other unscripted content.

“As many in the industry know, I have long dreamed of a content-on-demand service that uses advanced media to empower the enduring human desire to understand the universe and the world around us,” said Hendricks, who first noted he would spend time working on what was then called a “science learning venture” upon announcing his Discovery retirement last year.