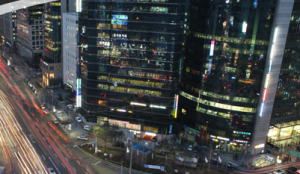 The library comprises 50 factual titles that will be added to London-headquartered DCD’s catalogue. Titles include the Electric Sky-produced Fat Doctor series and recent productions Sky High Scrapers and How Cities Work (pitucred). There are also, unspecified, titles from third-party producers that Electric Sky sold.

DCD paid £325,000 (US$495,000) for the catalogue with the cash coming from an acquisitions fund provided by one of its key shareholders, Timeweave.

David Craven, DCD Media’s CEO, added: “This shows the continuing commitment of DCD Media and its major shareholder to growing our distribution business and will allow further revenue growth for this division. We hope to make further additions to the catalogue over the coming months.”

Electric Sky Sales went into administration last November a week after Electric Sky Productions.At the time the company cited a “sharp deterioration in trading” and said the curtailment of a significant contract left it no alternative but to wind down with 21 staff members losing their jobs.