The founder and former president of Italian channels group Switchover Media, Francesco Nespega, has bought a 50% stake factual producer Stand By Me. 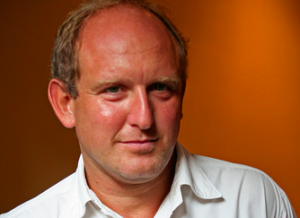 Nespega (left) exited Switchover, which runs channels including K2 and Frisbee, after selling to Discovery Networks International in 2012.

He has now bought into Italy-based Stand By Me, which Simona Ercolani (right) founded in 2010 and runs as CEO. The prodco currently produces around 300 hours of content a year, including Rai 2’s music series Emozioni and MTV Italia’s remake of 16 and Pregnant, 16 Anni e Incinta.

The company claims to have made more than 30 original formats since launch, but needed outside investment to continue to grow, and now welcomes Nespega into its fold.

“Francesco is one of the most successful professionals in the Italian media landscape and his competence and expertise will be key factors in further expanding Stand By Me business,” said Ercolani.

“After making Switchover Media a hugely successful venture, I found in Stand by Me all the right elements for a new business enterprise,” said Nespega.

“Simona is a great professional and certainly one of the best creative minds in the Italian television production industry. In Stand by Me she has put together a young, motivated team already boasting enviable results.

“The challenge will be to further develop this expertise and this potential by providing quality and successful content tailored to the needs of an increasingly digital and fragmented audiovisual market.”

His former company, Switchover, was born after Nespega led a team of Jetix Italy bosses to buy out the Disney-owned Jetix business in Italy.