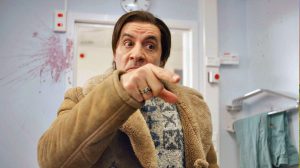 Lilyhammer, the first original drama ordered by Netflix, has been acquired by the Sky Atlantic pay TV channel in Italy.

Sky Atlantic has acquired all three seasons of the drama, which stars Steve Van Sandt (The Sopranos) as a mobster relocated to a previously peaceful Norwegian town of Lillehammer.

The series, which launched on Netflix and Norway’s NRK in 2012, is sold internationally by Red Arrow International.

The distributor has also shopped the third season of the drama to TNT Serie in Germany, LTV in Latvia, LRT in Lithuania and A Media in Russia. In South Korea, Green Narae Media has picked up local rights.