Online music channel operator Vevo is searching for a new CEO following the announcement current incumbent Rio Caraeff is exiting at the end of the year. 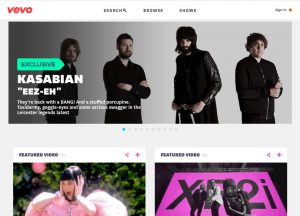 Vevo’s board of directors has retained a search firm to conduct the hunt for a new chief executive. CFO Alan Price will become acting CEO on January 1, 2015, until a permanent successor is found.

The New York Post first reported current president and CEO Caraeff was exiting the business on Friday, and Vevo issued a statement confirming his departure yesterday.

“We thank Rio for his innumerable contributions to the company since its launch in 2009 and we wish him all the best in the future,” said Vevo’s owners, which include Universal Music Group, Sony Music Entertainment, Abu Dhabi Media Company and Google.

“As CEO, Rio has played a central role in building Vevo into the most visited destination for premium music video and entertainment, and in growing the Vevo brand around the world. As a result, we are both encouraged by Vevo’s current performance and excited about its potential to become a massive platform for music entertainment.”

Caraeff has been CEO since its inception in 2009. The company now delivers more than 100 billion streamed video views every year and says it makes “hundreds of millions” of dollars in revenues, with a growth rate of more than 50year-on-year since 2010.

The company has also moved into original programming making, with chief revenue officer Jonathan Carson telling TBI earlier this year: “Our original programming strategy is to produce content that helps viewers and brands connect with other lifestyle passion points. Where it’s fashion, sports, food, travel – music touches everything that we do, every day.”

Reports this year have linked Vevo with a sale that could ultimately fetch up to US$1 billion.