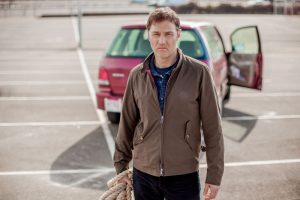 Cirkus, the ‘best of British’ on demand service, has added UK drama series The Driver to its line-up.

Cirkus has acquired the SVOD rights to the BBC drama for the Nordic territories where its on-demand service is carried on the Com Hem and Boxer platforms in Sweden and TeliaSonera platform in Sweden and Finland.

The Driver acquisition is part of a wider deal with Content Television that will see several of the distributor’s drama titles made available on Cirkus. Line of Duty, The Great Train Robbery, Amber and The Bletchley Circle will all be added to Cirkus as part of the Content agreement.

Cirkus also has programming agreements with All3Media, BBC Worldwide, Endemol and ITV, which is a minority investor in the service.

Cirkus founders Hugh Williams and Mark Bradford said: “Cirkus is committed to providing our distribution partners with the best possible programmes in the fastest possible time. Our decision to buy The Driver is further proof of that commitment.”

They added: “Thanks to our deals with our programme suppliers, and our partnership with ITV, we are able to show top quality titles from all of Britain’s major broadcasters in ‘box-set’ form very soon after their first airing on local channels.”