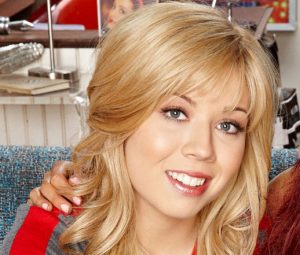 Netflix and its streaming rival Shomi are joining forces to make Between, which will star kids TV favourite Jennette McCurdy (pictured) and was created by Michael McGowan and Resident Evil producer Don Carmody.

City TV and Shomi, which are both part of the Rogers group, are partnering Netflix on the series. The move surprised some market watchers as Rogers and Netflix are rivals in the pay TV space, with the former one of the country’s largest cable TV operators

Rogers and its cable counterpart Shaw have teamed for upcoming SVOD service Shomi, which was widely seen as their response to Netflix.

Following the new programming deal, cable net City and Shomi will launch the first six-episode season of the thriller series Between in Canada ahead of Netflix, which will launch it outside of the country on its international services. Netflix Canada will then make the series available to its subs a year after the Shomi and City debut.

Between will follow events in a town in which a mystery disease has killed everyone aged over 21. The government then imposes a quarantine zone, leaving inhabitants to fight for themselves.

“We know that Canadians crave daring and distinctive original programs, and Between offers just that,” said Nataline Rodrigues, director of original programming, Rogers. “Showcasing Michael McGowan’s cinematic vision on the small screen, this compelling new series, in partnership with Netflix and Shomi, delivers on our promise to offer viewers world-class entertainment.”

“Teaming up with Rogers, on Between, is a tremendous opportunity to work with a creative partner in Canada to bring our global viewers top-notch content,” said Erik Barmack, vice president of global independent content at Netflix. “We’re thrilled to be working with outstanding talent behind the scenes including Canadians Don Carmody, Jon Cassar and Michael McGowan, and in front of the camera with a new generation of actors led by Jennette McCurdy, delivering a must watch event series.”