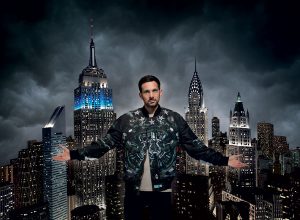 UKTV has reported an increase in revenues, but heavy investment in content, new channels and digital services caused a fall in overall profit.

UKTV said that once the costs of launching its new channel, Drama, and upping spend on programming digital initiatives were stripped out, underlying EBITDA profit was £76.7 million. The underlying profit margin for the year was 27.6%.

The channels business renewed carriage deals for its services with Sky and Virgin in the year and also struck a new carriage deal with YouView. Programming spend hit £125 million while revenue from international sales of its content has tripled since FY2010, UKTV said without specifying numbers.

“Investment is key to our future growth,” Darren Childs, UKTV chief executive, said. “These results show that the more we put in, the more we get out, and I am delighted that so many of our original programmes are amongst our top titles and selling so well internationally.”

Childs added: “This is a really significant phase in UKTV’s story, when we move from challenger to contender and this is the first time in the history of British television that a non-PSB channels business has played so big a role in the ratings charts.”