FremantleMedia and Sony Pictures Television Networks have partnered to create a pan-Asian version of singing reality format Got Talent. 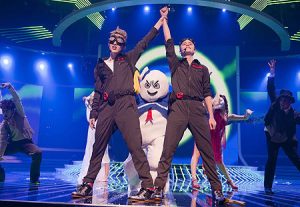 The original Britain’s Got Talent

Asia’s Got Talent will debut early next year on SPT Networks’ English-language entertainment channel AXN across 20 territories in the region.

FremantleMedia has also secured deals with local free-to-air channels in Thailand, Indonesia and India to broadcast the show soon after programmes air on AXN, while Chinese VOD platform Youku Tudou will also have the show.

Production is beginning this month, with talent scouts hitting 13 Asian countries to fill audition spots in 13 cities, including Indonesia’s Jakarta, Kuala Lumpur in Malaysia and Bangkok in Thailand.

FremantleMedia co-owns for the Got Talent format with Simon Cowell’s Syco Entertainment, whose head of international TV George Levendis said: “It is very exciting for the 63rd version of our show to be a pan-regional production which offers viewers the chance to enjoy the wonderful shared values of the Asian region whilst also celebrating the unique talents of individual cultures.”

The format recent entered the Guinness Book of World Records as ‘Most Successful Reality TV Format’.

“This latest commission further builds on the success of the existing Got Talent versions in the region and we are looking forward to working with all partners on launching this mammoth pan-regional version of the show.”

“As the trailblazer in high quality local productions, Asia’s Got Talent furthers our commitment to creating engaging content that truly resonates with audiences across the region,” added SPT Networks’ senior VP and general manager for Asia Hui Keng Ang.