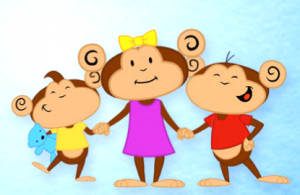 The CSC music channels include Scuzz, Flava and Chart Show TV. The company was created in 2007 when Veronis Suhler Stevenson bought the Chart Show portfolio of channels.

Sony said that with CSC in its SPT Networks channels group it will become the fifth largest multichannel channel operator in the UK market. It originally entered the UK channels market in 2011 with the launch of Sony Entertainment Television.

“The acquisition of CSC further demonstrates our commitment to the UK market and our intent to continue to grow our tremendously successful global portfolio of networks,” said Andy Kaplan, president of worldwide networks for Sony Pictures Television. “These new channels perfectly complement our current offerings, allowing us to provide viewers with a variety of entertainment choices and advertisers with greater reach and cross-channel opportunities.”

Remy Minute, CEO of CSC Media Group, said: “CSC has grown from a small bouquet channel operator to become one of the leading multichannel ad-supported TV networks in the UK. This combination with SPT allows us to accelerate our growth trajectory, both internationally and domestically.  I very much look forward to working with the team at SPT.”