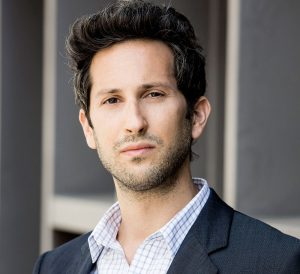 Entertainment One has recruited David Shaye (left) as VP of development, US alternative programming, and agreed a trio of first-look deals with producers.

Shaye joins from US indie Evolution Media. At eOne he will add to eOne’s unscripted slate, develop new ideas and work with talent, reporting to Tara Long, senior VP of alternative programming.

Healey’s credits include Scare Tactics and Betty White’s Off their Rockers. Patel ruins Axial Entertainment and has worked on shows including the US version of How to Look Good Naked for Lifetime.

Bitonti, a former talent agent, founded Moneystache Entertainment in 2011 and before the first-look agreement with eOne, was based at NBCUniversal, and before that GRB.

eOne launched its US alternative programming division launched in 2012. It has made Mary Mary for WE tv and The Sheards.

Long said: “David [Shaye] has a keen eye for engaging content and a deep background in working with talent who have thrived in the reality space, and we are delighted to have him join the team.”

She added: “We are big fans of the work of our new group of best in class creators, Kevin, Riaz and Ben, and we look forward to collaborating with them on a wave of new series ideas and related projects.”