A pair of top creative executives from Shine America-owned producer Ardaban are setting up shop with Zodiak Americas.

Gameshow and format producers Cleve Keller (left) and Dave Noll (below, right), who form prodco Keller/Noll (Chopped), have signed a partnership with Zodiak to create coproduced unscripted formats for the US.

This comes simultaneously as Zodiak New York chief creative officer Mike Gamson is promoted to a CEO position – the first time Zodiak’s East Coast division has had someone in that role.

Keller and Noll join from Ardaban, where they were chief development officer and chief creative officer, respectively. In that capacity, they developed formats such as HGTV’s Beat the House and TLC’s The One That Got Away. Before that, they both worked at IAC-backed Notional, where Noll was president, TV, and Keller was senior VP, development.

“We are delighted to be building the next phase of Zodiak New York with Cleve and Dave onboard and to be announcing Mike as CEO of our production business on the east coast,” said Jonny Slow, CEO, Zodiak Americas.

The move is the latest in a series of changes to Zodiak’s Stateside formats and unscripted teams. 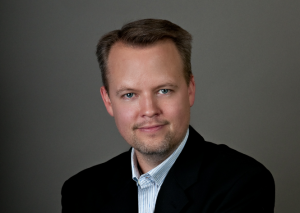 Zodiak Nordic boss Joel Karsberg and Zodiak-owned Mastiff Sweden CEO Cem Yeter are moving to the US to become joint CCOs of Zodiak Americas, roles in which they will work closely with Gamson.

Karsberg is also heading up an international development board alongside former Endemol formats chief Grant Ross, who joined as executive VP, global creative and format acquisition earlier this month.

Current Zodiak Americas productions in the US include ABC’s Celebrity Wife Swap, and truTV’s Hardcore Pawn and Lizard Lick Towing.