Time Warner in talks to distribute content outside of pay TV 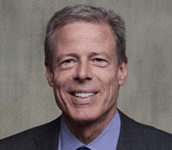 Time Warner CEO Jeff Bewkes has confirmed the media giant is talking to Dish about the possibility of delivering its content to consumers outside of the traditional pay TV system.

Satellite company Dish recently struck a deal with Disney to distribute various ABC, Disney and ESPN services to connected devices outside of a pay TV subscription.

On the analyst call following Time Warner’s first-quarter results announcement, Bewkes said that Dish, Sony and Verizon are all expressing an interest in this model of distributing content – which has been dubbed ‘virtual multichannel video programming distribution’ (MVPD).

“Of course, we’re talking with all of them as we have been, and are certainly open to opportunities to grow our business,” Bewkes said. He added that there are question around how the business model will be executed, but that Time Warner is talking to Dish about whether they can launch a virtual MVDP using Time Warner content and channels.

“It could allow them and other distributors to target a group of consumers, but otherwise might not subscribe to multichannel TV,” he said. “And to the extent that that is a good entree into the ecosystem for younger consumers, but then either because it serves them well and does not cannibalise what they would otherwise do as a video subscriber or leaves them to become bigger package video subscribers, that’s good for everybody.”

There was also considerable discussion of the recent programming agreement between Amazon and HBO on the call, with Time Warner management pledging that the cash generated by the deal will be sunk back into programming and the HBO Go TV everywhere platform.

Time Warner CFO Howard Averill said that the company generated about US$375 million from subscription VOD last year, which is about 10% of the company’s TV licensing revenue. The multiyear Amazon deal is expected to significantly boost that figure, with revenue feeding through from later this year.

“We are hopeful that availability on Prime Instant Video will introduce additional consumers to the great content that HBO produces and will potentially drive sub-additions over time to the HBO network service,” Bewkes said.

Time Warner management added that the company was ‘not satisfied’ with the ratings and ad revenue performance at a handful of its cable nets including truTV and TNT. the company said it had made the necessary changes in its channel exec line-up and is revamping the programming at the affected nets – notably in an effort to reach a younger viewing demographics.