BSkyB has confirmed it is branching into buy-to-keep digital movie sales and DVDs-by-mail with a revamp to its existing Sky Store rental service. 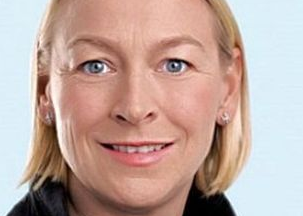 Due to roll out in the coming weeks, the Buy & Keep movie service will let Sky+HD customers pay to own a digital copy of movie through their set-top box, with a physical backup also sent out in the post.

At a launch event for the service yesterday, Nicola Bamford, director of Sky Store, said that Sky’s consumer research showed that viewers enjoy the immediacy of a digital download, but also “like the peace of mind” of having the original DVD.

“We want to go into the buy-and-keep market, which is seven times bigger than the rental market in the UK. The latest consolidated industry data shows that the buy market is worth about £1.4 billion (US$2.3 billion) in the UK,” said Bamford, who claimed that approximately 90% this was accounted for by physical purchases.

Sky’s new Buy & Keep option, which will be accessible on a new panel on the Sky+HD box EPG, will launch with around 200 movie titles. However, speaking at the launch, Ian Lewis, director of Sky Movies and acquisitions, said Sky expects that to “grow quite rapidly”.

“To put it in context, we launched Sky Movies on-demand – many years ago now –with about 150 titles, so we’re ahead of that,” he said. “When we first launched Sky Store library rentals we had about 200 titles as well and that has already grown to about 1,400 today, so we fully expect that over time that the number of films that we offer to buy will be considerably greater.”

Bamford said that library titles will be priced at roughly £7.99, while new releases will cost around £13.99.

From the Sky EPG, users can buy a movie by typing in their Sky pin. The digital copy will be saved and can be re-downloaded to watch again unlimited times – even if a customer moves house or changes Sky box. The DVD copy will be received “a few days later,” Sky said.

“We really believe that Sky is extremely well positioned to make this service a great success. We have over 4.4 million connected boxes today. That number is growing at a rate of about 10,000 a day. So the connected base is increasing significantly,” said Bamford.