UK-based distributor DRG is launching a dedicated formats business that will tap into the resources of the new Nice Entertainment Group it now sits within. 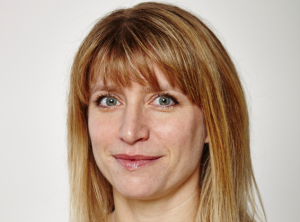 DRG Formats will be lead by DRG’s managing director, acquisitions and formats Andrea Jackson (left) and also include the newly promoted Albertina Marfil, experienced formats vendor Jennifer Harrington and a third senior executive who is currently working at another international television company but set to finalise a contract.

Formats executive Marfil has been promoted to formats manager, sales and acquisitions and will oversee the Nordics and Asia; while former BBC Worldwide, ITV Studios Global Entertainment and Fox Look exec Harrington has joined as senior formats manager for the CEE region.

DRG Formats’ titles will include rights to existing shows such as The Farm, Catch Phrase, The Bar, 15 to 1, This Is Your Life, Don’t Tell the Bride, Slow TV and Doc Martin; programmes from NRK in Norway and TV3 in Ireland and in-house shows from the UK’s Channel 5; and Nice Entertainment Group formats from Strix, Monster, Gong, Baluba, Rakett and Paprika Latino.

Nice Entertainment Group came into being last week after it replaced Scandinavia-based broadcaster MTG’s content arm MTG Studios. DRG became part of the MTG stable when it was acquired last June for £15 million (US$24.7 million).

“Drawing on the newly established team’s expertise, we expect to see dramatic growth and look forward to taking the division to international markets,” said Jackson. 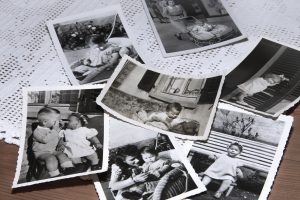 Among new shows for MIPTV, DRG Formats will launch a pair of factual entertainment titles from Swedish public broadcaster SVT, It Happened Here and The Angry Doctor; M6’s stripped daily relationship format Best Couple Ever; and Whose Holiday Is It Anyway? from Coco Television for Ireland’s RTE.

DRG Formats will also be pushing Born On (right), a social history format that represents the new symbiotic Nice Entertainment Group relationship. The show, which NRK in Norway has commissioned two seasons of before the first has even gone to air, comes from Nice-owned producer Monster.

“It’s a story of three people born on the same day, following their lives and where they end up. The third person is always someone significant – perhaps they became the prime minister,” Jackson told TBI. “It’s a way of looking back at recent history.”

Other formats from the Nice stable piping through DRG Formats include dating series Adam and the Eves for TV3 and We Know What You’re Searching For for DR3 in Denmark and primetime quiz show Crossfire for TV3, all from Gong. The unit will also sell studio-based comedy entertainment format Long Live! from Dedsit for Belgium’s VTM.