US private equity firm Apollo has acquired more of Endemol’s debt, clearing the way for a restructuring of the production and distribution giant. 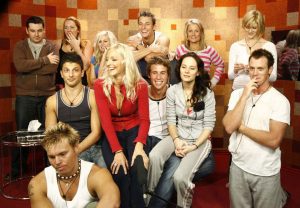 News wire Reuters reported last Friday that Apollo had taken on more Endemol debt earlier this month, citing banking and restructuring sources. Apollo has acquired a further €600 million (US$834 million) of the company’s €2 billion debt from RBS, Centerbridge, Lehman and Goldman Sachs, according to Reuters’ source.

TBI understands that Apollo now has a majority position in terms of Endemol debt, which would leave it clear to proceed with a takeover and company restructuring, both likely next steps.

Big Brother producer Endemol would not comment, but privately management is understood to support the Apollo move as it would resolve the longstanding issues surrounding 2007 buy out of the company, which landed it with such a large debt pile.

New York-based Apollo has the resources to make a move for control of Endemol having announced earlier this year that it has raised over US$17 billion of funds for global investments.

John de Mol’s Daysim Investment Strategies and Apollo have had majority control of Endemol since April 2012, when Italy’s Mediaset sold its shares in the company and debt was converted into new shares in a restructuring.

TBI understands that Daysim, having at one point sought control of Endemol, is now satisfied to cash out and leave Apollo the majority shareholder.