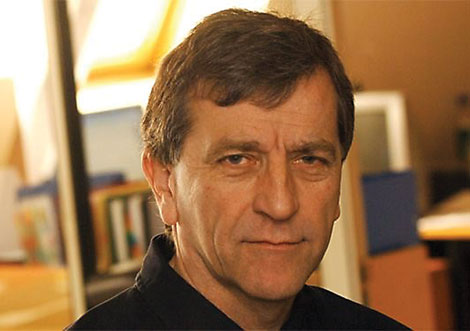 So what would you do if you suddenly won US$1 million dollars on the lottery? To help give you some ideas, one million is enough to buy you a Pagani Huayra supercar capable of 230mph. Very tempting. A Hublot Big Bang watch (hideous but there are those that buy them) or a bottle of Mendis Coconut brandy (who would be brave enough to pour it out?) are also options.

Or you could buy one year’s worth of Pioneer Productions development team’s time – yes, we spend US$1 million a year – and try to come up with the next big thing in factual television. Your challenge is to think of what lies beyond Duck Dynasty; get it right and the rewards are great. It’s the classic high-risk, high-reward approach and it all depends where you think factual television is going next.

Over the last decade factual has lurched through several huge transitions, leaving smaller and smaller vestiges of its previous existence behind. First there were the info-documentaries about space, the human body, weather, technology, explorers, biographies and wildlife. Born out of some of these programmes came character-driven series such as Deadliest Catch, which proved real life could be a damn good soap opera. Exploration shows turned into survival shows led by the likes of Bear Grylls, hopping between drinking his own urine and allegedly staying in comfy hotels. That morphed into Dual Survival; Man, Woman, Wild; and now Naked & Afraid.

And then along came the History Channel, which totally reinvented itself with the highly addictive Pawn Stars (isn’t it amazing what the residents of Las Vegas find to bring in… did that guy really own the suit of armour?) and American Pickers. Both were brilliantly executed. These shows paved the way for a different type of factual that was highly ‘produced’ and yet still full of interesting content and the added appeal of colourful characters.

Then there was the next lurch into even more extreme characters – preferably hillbillies, swamp people, Alaskan hunters and any other subculture you could imagine, especially if they had beards. Discovery has made a huge transition over its lifetime from blue chip to red neck, and has prospered extremely well off the back of it.

A snap shot of its successful slate now includes Amish Mafia, Moonshiners, Klondike, Gold Rush, Alaska: the Last Frontier and Yukon Men to name but a few. And if anyone had told me at the beginning of my TV career that shows about fishing would become the next big thing I wouldn’t have believed them but shows like River Monsters prove that there is an audience for almost anything if it is well-made with a knowledgeable and passionate host.

The evolution of factual shows on cable channels has been so successful it has eaten hard into the terrestrials. Duck Dynasty pulls audience numbers that even the networks covet and the recent brilliant Skywire Live with Nick Wallenda smashed all records. Big events and live shows are back in town. Personally I love these – I started in live television and know that it brings an energy that’s impossible to capture in the edit room.

So where would you direct your million dollar development team? Would you chase more hillbillies or is Porter Ridge one reality show too far? Or do you put your energy into dramatising famous moments of American or WWII history? Would you go down the more cerebral route of Nat Geo’s Brain Games, brimming with entertainment, audience participation and – critically – takeaway information? Would you get your team to take risks and create concepts that are entirely new?

I remember when I tried to persuade the world that weather programmes were worth making in the early Nineties, everybody thought I was bonkers – everyone except for TLC. And when we first suggested Life Before Birth (aka In the Womb), it took risk-taker Simon Andreae (now Fox’s alternative programming chief) to commission the show. The pitch was a two-hour special with no talking heads and filming focused inside the womb for the entirety of the programme!

The 1000lb gorilla these days is scripted reality (which seems a contradiction of terms) – reality turned into non-reality. My own hunch would be to put some of my development money in this space if the characters are right and game to do what the producer tells them. High-end event specials will get bigger and louder – if that is possible – but there will remain a significant market for smart, intelligent shows that deliver content. It’s just a matter of finding a new way of doing them.

But no one really knows. I wonder if that Pagani will appreciate in price.