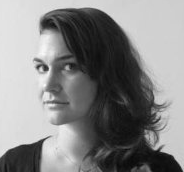 She has been named BBCWW’s content sales manager, reporting to VP, integrated sales Alejandra Olea, and be responsible for format, finished tape and affiliate distribution.

“With Jess coming on board, our sales team is now in full gear,” the spokeswoman added.

Bennetts has been with documentary and factual specialist TVF since 2008, initially joining as a sales assistant before moving up the ranks and replacing Leila Monks as sales chief in January 2012.

She moved to Miami last year, in a move that was at one point thought to be a precursor to a TVF US office launch. A source said TVF is yet to find a replacement to focus on North American sales and is currently assessing options.

TVF is part of the TVF Media group, which is based in London and operates in television, digital and multiplatform.