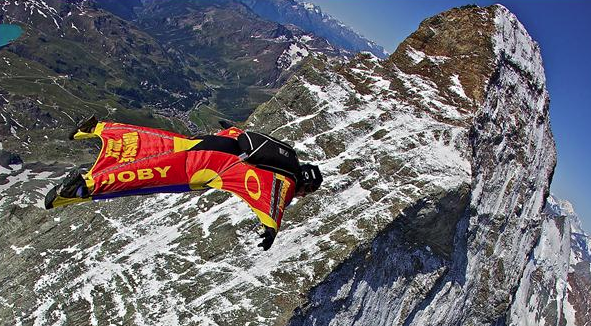 The live broadcast will take place in May and be carried on Discovery Channel in the US and across Discovery’s 224 international channels.

Ogwyn’s custom-made wingsuit will be equipped with cameras as he descends more than 10,000 vertical feet at speeds of over 150 mph. He will conduct dozens of test jumps in California, Florida, Utah and the Swiss Alps before heading to the Himalayas for six weeks of final training.

Two one-hour shows will go out ahead of the live event, showing wing suit pilot Ogwyn’s preparations for the flight. These will lead into a two-hour special covering the event itself. Peacock Productions is making the one hour shows and the special.

“This is history in the making,” said Eileen O’Neill, group president Discovery and TLC Networks. “Discovery Channel continues to bring live broadcast events unlike anything you’ll see on television – from Felix Baumgartner’s world record for the highest space jump to Nik Wallenda’s incredible tightrope walk across the Grand Canyon.”