Zombie drama The Walking Dead is among the shows Russian on-demand platform Tvigle will offer Sony Playstation 3 owners following a launch on the console. 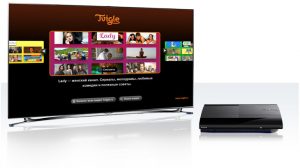 The launch means Tvigle becomes the first Russian VOD platform available through the PS3. To this point, only video site YouTube had been piped through the console.

“We are proud to be the only online broadcaster in Russia on PS3,” said Egor Yakovlev, Tvigle’s founder and CEO. “Connected devices are growing at an explosive rate in Russia, and tapping into this segment represents an important part of our strategy to grow this market further.”

“It is important for us to launch a video service for Russian gamers,” added Sergey Klisho, general manager, PlayStation Russia and CIS.

The initial deal was struck in September last year.