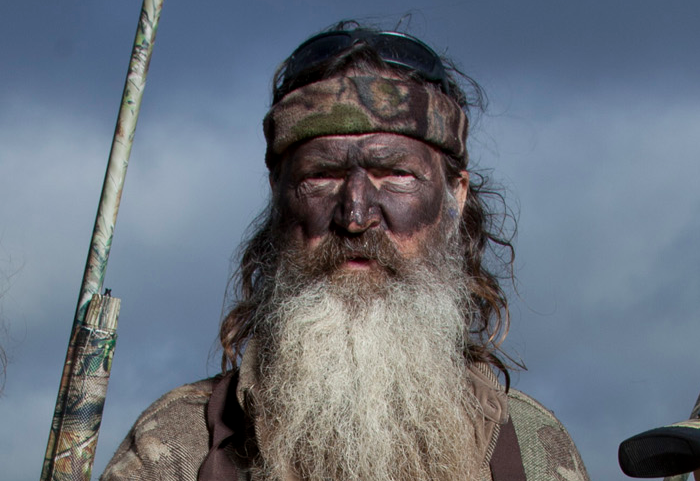 The cast of A&E’s Duck Dynasty have cast the future of the hit US cable reality series into further doubt following a suspension of the show’s star and family patriarch Phil Robertson, claiming they “cannot imagine” it continuing without him.

A&E parent A+E Networks moved quickly to suspend Robertson (pictured) from the series, which is about a Louisiana family that make products for duck hunters, after he made a series of explosive comments about homosexuality in an interview with GQ magazine.

The deeply-religious Robertson family yesterday responded with a strongly worded statement on their DuckCommander.com website, claiming it was unlikely the series could continue without its patriarch.

“While some of Phil’s unfiltered comments to the reporter were coarse, his beliefs are grounded in the teachings of the Bible… Phil would never incite or encourage hate. We are disappointed that Phil has been placed on hiatus for expressing his faith, which is his constitutionally protected right,” the family wrote.

“We have had a successful working relationship with A&E but, as a family, we cannot imagine the show going forward without our patriarch at the helm. We are in discussions with A&E to see what that means for the future of Duck Dynasty.”

Should the show end, it would be a bitter pill for A+E to swallow. The ultra successful is the most watched non-fiction cable telecast and scored 11.8 million viewers on its fourth season premiere in August.

Robertson’s comments in the interview included describing homosexuality as “illogical” and a “sin” and said it lead to bestiality and unfaithfulness.

His views have split America, with lesbian and gay groups slamming his opinions as “offensive” and “vile” and right-wing proponents such as former deputy presidential candidate Sarah Palin supporting Robertson’s beliefs.

Upon confirming the suspension earlier this week, A+E released a statement to news outlets, saying: “His personal views in no way reflect those of A+E Networks, who have always been strong supporters and champions of the LGBT community. The network has placed Phil under hiatus from filming indefinitely.”