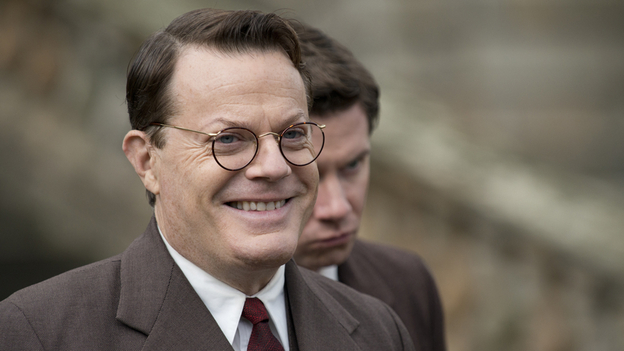 Actor and stand-up Eddie Izzard will star in a science-themed, fact-based drama for UK terrestrial BBC Two as one of a raft of new commissions.

Izzard (Ocean’s Twelve, Ocean’s Thirteen) will play British scientist Robert Watson Watt, the inventor of the radar, in Castles in the Sky (pictured). It will sell the story of the struggle to develop the system and also star Laura Fraser (Breaking Bad), Alex Jennings (The Queen) and Tim McInnerny (The Devil’s Whore).

The show was one of number announced by BBC Two and BBC Four controller Janice Hadlow.

Other include 5x60mins Dr. Brian Cox factual series Human Universe, which comes from BBC Science and will run on BBC Two; wildfire two-partner Into the Wildfire, which comes from Shine-owned Dragonfly; and hospital doc The Trial from Passionate Pictures, which will show a year-long project filmed at Bristol Frenchay Hospital that aims to finds ways of stopping or even reversing the degenerative Parkinson’s Disease.

A BBC Two science series Cloud Lab, from BBC Science, will be accompanied by a series of films for BBC Four.

Four will also broadcast six-part series Secrets of Bones from the BBC Natural History Unit as part of a season on the human body.