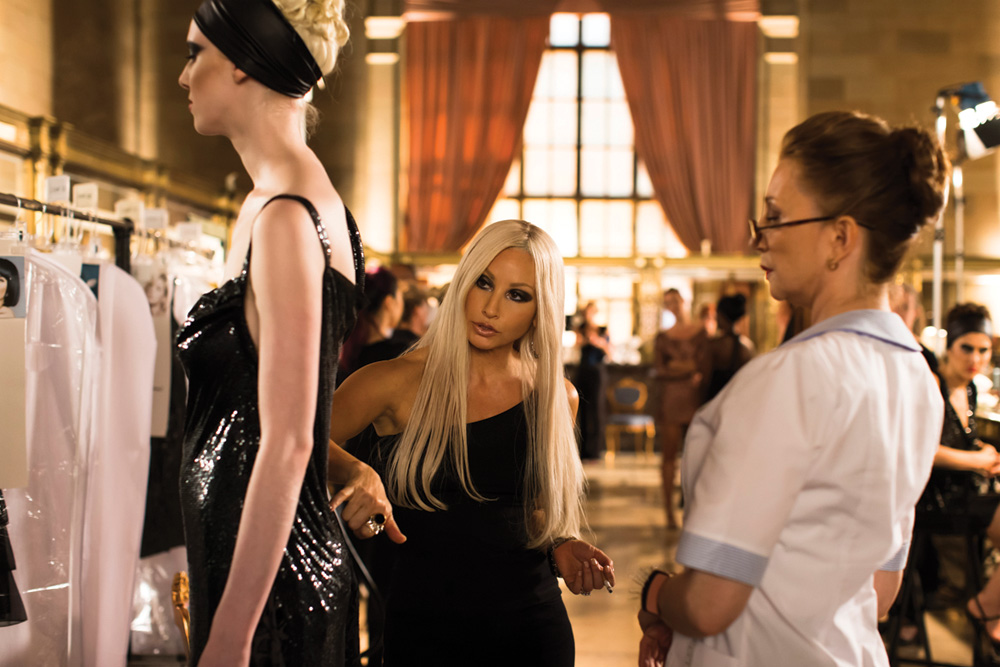 In its first ten years, MarVista has carved out a reputation for delivering TV movies and latterly live action kids content. The next phase will see it move into the series and minis market and make its first animated series.

TV movies are the cornerstone of MarVista’s business and the market for small-screen features has fluctuated wildly since it was created by Joseph and Fernando Szew, former PorchLight exec Michael D. Jacobs, and George Port, the founder of Anchor Bay Entertainment. “What we have seen happen over the ten years of MarVista is that, in the first cycle, TV movies were falling out of favour in the US and moving from broadcast to cable,” says CEO Fernando Szew (below). “Now TV movies and cable series are giving everyone a run for their money and as those vessels of content have developed so has what they acquire.”

As the US market for TV movies has moved from broadcast to cable, Lifetime has become a major player and backer of the genre. MarVista has just made the female-skewing cable net’s latest big-ticket offering, House of Versace (main picture).

Based on Wall Street Journal reporter Deborah Ball’s book House of Versace: The Untold Story of Genius, Murder, and Survival, the show stars Gina Gershon (Rescue Me) as celebrity designer Donatella Versace and Raquel Welch in a supporting role.

It has also just delivered three other TV movies to Lifetime: religious sect drama Escape from Polygamy, a mystery set against the backdrop of an unscripted TV series, Killer Reality; and murder mystery Murder in a Small Town. Lifetime’s commitment to House of Versace and the other shows is “a validation of the TV movie business”, says Szew.

“Different types of TV movies have evolved from a genre and target audience perspective and we were at the forefront of the trend for kid-centric movies,” Szew continues, alluding to the producer and distributor’s projects for Disney, Rebel Radio and 16 Wishes, and one for Nick, the ‘Sopranos for kids’ TV movie Nicky Deuce (pictured, below).

With its Argentina-based partner Snap TV, the producer and distributor set up by former Endemol executive Ariel Tobi, MarVista is now making a move into original preschool programming. “We have taken rights to a well-known preschool act, Cantando con Adriana (Singing with Adriana), who is a preschool teacher with a huge following and sings and teaches lessons through song – it will be massive in Latin America,” says Szew.

Cantando con Adriana will be a live-action animation hybrid. Adriana Szusterman is the star and will feature in animated form, allowing her to build on her on-stage success.

Marvista also sells the Power Rangers shows internationally and has just shopped Power Rangers Megaforce (pictured, below) to new partners including Mediaset’s Italia 1, Nine Network in Australia and Nick in India. It has also taken international rights to Saban Brands other TV properties, anime influenced Digimon and Paul Frank-inspired Julius Jr., which has just been bought by France’s TF1.

A capital injection in 2011, from an investor group headed by Brian Seth, allowed MarVista to staff up and up production and distribution activity. An ensuing restructure saw co-founder Jacobs leave the firm. The next stage is a move from TV movies to series and to miniseries, given the resurgence of popularity of the form.

MarVista has optioned the library of best-selling author Virginia Andrews (with the exception of Flowers in the Attic, which Front Street Pictures and Cue the Dog Productions are already making for Lifetime).

The first MarVista project based on the author’s work will be Daughter of Darkness, about a teenage girl who realises her father is a vampire. “It’s a sideways move for us and miniseries are clearly in vogue and we’ll also look at expanding into the lower to middle budget features space,” says Szew.

The company was involved with South African-originated unscripted series The Shores, which was on TVGN in the US, and more reality might be added to the mix in the next phase of MarVista. Szew says: “There’s a major universe in unscripted TV and we have dipped our toe into it – we might go and find the right people in order to be a more significant player in that world.”

On a corporate level, Szew adds that his firm is more likely to be acquirer than acquired. “Our door has been knocked on, but we’re staying the course,” he says. “We’d like to be the ones doing the acquisition.”