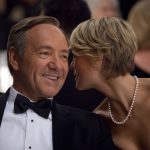 Swedish cable operator Com Hem will offer Netflix as part of its TiVo offering when it launches on October 7.

The addition of Netflix to the offering will bring the opportunity to view series including House of Cards (pictured), Hemlock Grove and Orange is the New Black to Com Hem subscribers. The move is the first launch by Netflix in Sweden in partnership with an existing pay TV provider.

Netflix will be included in the offering from December.

Com Hem’s TiVo offering will launch with a number of packages, led by TiVo Max with about 80 channels. As well as Netflix the service will include UK content-based subscription video-on-demand service Cirkus, CMore Play and Viasat Film as well as about12,000 titles from its own on-demand store.

Cirkus, which will also be available on the TiVo service from December, is a branded SVOD service that aggregates UK-centric programming from suppliers including All3Media, BBC Worldwide and ITV Studios, including the likes of Luther, Accused and Blue Planet.

The TiVo box offered by Com Hem comes with a 1TB hard drive with three tuners. TiVoToGo allows viewers to view content on multiple devices and is included in the main three packages. TiVoToGo will include content from SVT , the BBC, MTV, Nickelodeon, Turner and National Geographic amongst others.

The TiVo service will be available from SEK149 a month.