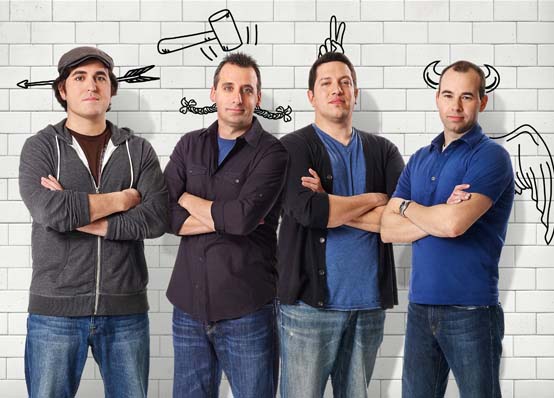 US cable channel truTV has given the greenlight to a third season of its pranks series Impractical Jokers, as well as ordering a new six-part spin-off show.

The third season of the show, in which four friends dare each other to complete increasingly outrageous things in public, will comprise 15 episodes. It’s set to launch at 10pm ET/PT on August 1.

The new show, Jokers After Party, will see the four practical jokers talking about their favourite moments from various episodes.

The news comes as Time Warner-owned truTV roles out a number of brand extensions for Impractical Jokers, including a diner takeover in San Diego timed to unofficially coincide with the Comic-Con event, a DC Entertainment comic book, free episodes of the show on iTunes and upgrades to the previously launched Impractical Jokers app.

Warner Bros. International Television Production owns the format rights to the US series, which NorthSouth Productions produces, and has sold local versions to BBC Three in the UK, Veronica in the Netherlands, VMMa and SBT in Brazil.