Showtime’s drama Ray Donovan has bucked the trend of new US scripted series dipping in their second week of broadcast by growing its audience by 15%. 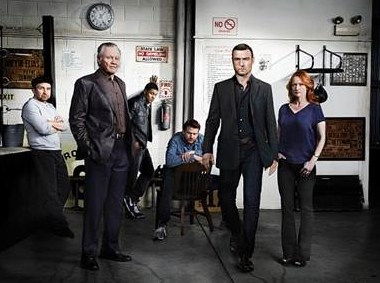 The uptick represents the first show in Showtime’s history to improve on its series premiere ratings. The audience went from a record breaking 1.35 million viewers last week to 1.56 million this week. Including replays, it took a total audience of 2.2 million.

By comparison, this is 49% ahead of Homeland, which is recognized as Showtime’s most successful series launch in recent years.

CBS-owned Showtime also noted the premiere had been viewed a total of 4.25 million times to date, including catch-up audiences. This should grow even higher once online sampling and Live+ seven-day DVR data is accounted for.

The 12-episode show, which Ann Biderman created, stars Liev Schreiber as an LA-based ‘problem fixer’ for the rich and famous whose life is thrown into chaos when his father (Jon Voight) is unexpectedly released from prison.

In related news, the final season of Showtime stalwart Dexter also grew its audience against episode one, drawing 2.52 million, up from 2.48 million.