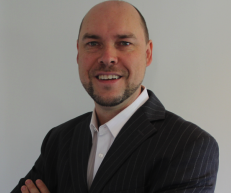 Australian programming veteran Peter Andrews (left) joins as head of network programming to replace Jane Roscoe, who relocated to the UK in January to take on the role of head of international content for the pubcaster.

Andrews will be responsible for driving programming strategies for SBS One and SBS 2, starting in August.

“Peter brings extensive skills and expertise in programing to SBS and has built excellent relationships with the major studios at both a domestic and international level. He has a great passion for storytelling and is a perfect fit for SBS as we continue to build our reputation for content that provokes, inspires, surprises and delights our audiences across the platforms they are choosing to use,” said SBS director of television and online content Tony Iffland.

Andrews has been at Ten since 2002, where he negotiated large-scale domestic and international acquisitions such as Big Brother, Dexter and MasterChef Australia, worked on programme development and was instrumental in the launch of the commercial broadcaster’s second digital channel, Eleven. He also lead One’s move to become a more male-skewing channel.

He said: “The chance to lead the SBS programming team is a rare opportunity in broadcast television. I am so passionate about SBS’s vision and delighted to be joining a team committed to delivering its audiences meaningful and innovative programs informed by its unique Charter and purpose.”