Indian sellers look to edge out Turks in CEE 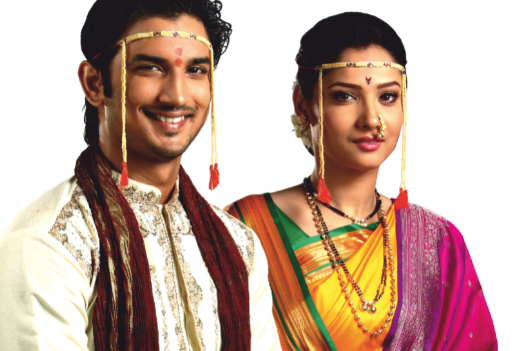 Indian family telenovelas are primed to replace the Turkish dramas as the in-vogue imported scripted product in Central and Eastern Europe, according to sources at India’s key broadcasters.

A delegation of Indian distributors from the likes of Viacom18, Zee Entertainment and Star India attended the NATPE Budapest market last week in a bid to drum up interest in Indian scripted content – with the message that their programmes were set to replace Turkish drama on local broadcasters’ schedules.

“The buyers in this region are looking for something different. They have done the Western content, they’ve done a little Korean and now they’re doing Turkish. We feel the Turkish bit has to end at some time and we plan to be the new avenue [for buyers],” said Sunita Uchil, global head, syndication for Zee Entertainment Enterprises, the sales arm of India’s oldest satellite broadcaster Zee.

ZEE programmes such as Pavrita Rishta (Sacred Relationship), a Romeo and Juliet-type soap are broadcast on CEE nets including National TV in Romania, Macedonia’s Sitel and Pink TV in Bosnia, Serbia and Herzogovina. “They seem to like the Indian sensibilities,” said Uchil.

“The CEE is a growing market for us, not just in terms of volume right now but in terms of potential,” added Kavita Sharma, associate director, content syndication, IndiaCast, a sales business of TV 18 and Viacom joint venture Viacom18.

Sharma said she had closed new deals with channels in the CIS countries and already had shows such as Balika Vadhu (Young Bride) and Uttaran on OBN in Bosnia and RTL in Croatia. Uttaran was sold as a format to a Kenyan general entertainment channel earlier this year, according to India’s Economic Times.

“Turkish content has taken off in a big way but we get a sense from the buyers that the audiences are getting a little fatigued. They’re also finding that the quality of the newer series is maybe not the same as the initial ones. They’re looking at other options,” he added.

Star has just closed a deal with an unnamed Bulgarian channel, Mordekar said. The distributor’s shows include Biddai and Diya Aur Baati Hum, and its content has run on major broadcasters in Bulgaria and Romania.

Indian content house Ultra Entertainment, which is based in Mumbai and has almost 300 staff, agreed family dramas were number one on CEE buyers’ lists, but added that its action series and serialised programmes were also registering with channels. “There’s been interest from three or four buyers,” said Sushilkumar Agrawal, the company’s chairman and managing director.

One major hurdle for Indian distributors is format, however, as CEE broadcasters tend to buy for hour-long slots but Indian family dramas tend to come as half hours. Zee’s Uchil said this was countered by only taking series with hundreds of episodes to the international market.

A Turkish distribution source played down the new challenge, claiming: “Actually, CEE buyers still love Turkish series and are always anxious to hear the latest lineups and series. There is definitely a place for Indian dramas, but I definitely disagree that they will take the place of Turkish series. The demand is still just too high.”

But they added that “with high demand, high prices, and limited series available, the Turkish series can only fill so much of the market”, and this gap was being filled with Latin American telenovelas that Indian series could potentially replace.