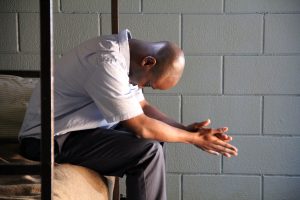 Among the sales, ZDF in Germany and SBS’s Australian arts channel Studio have bought the 11x60mins Metal Evolution, with the latter also buying 2x60mins Rush: Beyond the Lighted Stage, which is about the titular cult rock band and one-hour doc The Rep, which explores repertory cinema.

Foxtel’s Crime & Investigation has bought I Didn’t Do It (left), a 7x60mins series about stories of wrongful convictions for Australia, New Zealand and Spain, along with AETN in Asia and RTL Crime in the Netherlands.

RSI has bought one-hour doc Abandon Ship for Italian-speaking Switzerland, as has Planete+ for France. The doc recounts events of capsized ship in Brazil.

Mark It, a 12x30mins series about how new media is influencing TV advertising, has gone to i Cable in Hong Kong, Lens Media in China and Naxos in Korea.

Zoo Clues, a 26x30mins series that answers questions about the animal kingdom, has gone to Discovery in Asia and Russia’s Studio U7, with the latter channel also buying On the Spot, a 27x30mins series that challenges members of the public to trivia games.