Discovery has reported healthy revenue and profit increases across its international channels. First quarter revenues also edged up across the company’s domestic channels business, but year-on-year profits were down 5%. 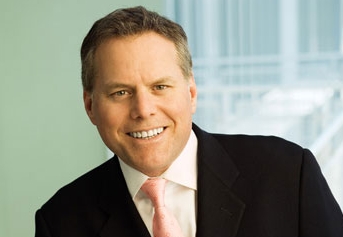 First quarter revenues at international networks were US$444 million and profit was US$184 million, a 17% and 8% increase respectively. Advertising revenue was up 23% and affiliate fee revenue 15%.

Revenues increased 1% at the domestic networks, taking the first quarter total to US$686 million. Profit was down 5% at US$377 million with the company saying the decline was caused by higher operating costs and additional licensing revenue recorded in the same quarter last year.

Operating costs were also up sharply across the international business with Discovery citing content costs and the consolidation of its Japanese business.

Speaking to analysts in the wake of the results, CEO David Zaslav (pictured) noted that Discovery would take an option, later this year, to carry on a programming deal with Netflix for a third year.

“We’re going to take our third year option on Netflix because we’ve seen no degradation in audience. And that’s, I think, significant incremental margin for us with Amazon and with Netflix because they’re buying content that’s mostly 18 months and older, some of it, two, three or four years old. Our relationship is good. They like our content. We like this window.”

Zaslav also spoke about Discovery’s much-anticipated move into original scripted programming with Klondike. He said: “It’s an experiment. I think it’s going to do very well. But it’s a very small piece of our overall strategy.”

The Discovery boss added: “You might see us using scripted if this works as a tent-pole strategy, sort of the way we use Frozen Planet in North America as part of that overall approach to aggrandise the brand, but it’s not going to change who we are.”