Disney has replaced its representatives on German family network Super RTL’s board with the managing director of ESPN EMEA, as it prepares to launch its Disney Channel brand in the territory.

TBI understands ESPN’s Ross Hair (below) has joined the Super RTL board to replace Giorgio Stock – who recently left Disney to join Turner International – and Disney Germany’s general manager Robert Langer to avoid what a source in Germany defined as a “conflict of interest”. 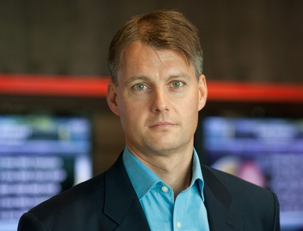 Super RTL is a joint venture between European broadcast group RTL and The Walt Disney Company, who have operated the network since 1995.

The channel has become the free-TV market leader for children thanks in part to its daytime Disney series but the Mouse House recently announced it would launch the Disney Channel in Germany next January, throwing Super RTL’s future into question as the new channel will get Disney’s premium content.

Hair is currently ESPN’s top exec in Europe, the Middle East and Africa and sources have confirmed he has now joined the Super RTL board. However, TBI’s sources played down the idea this could lead Super RTL to run sports content and was instead simply a solution that allows Disney to continue to hold its 50% stake in the channel.

Hair could not be contacted before press time and a Disney spokesman said the company does not comment on commercial arrangements.

Super RTL also declined to comment directly on the board changes, but its CEO Claude Schmit said Disney Channel’s impending launch was not a “surprise”, that the new competition would “help us defend our position as Germany’s favourite children’s channel” and an announcement regarding Super RTL’s programming plans would follow that the end of May.

“Of course, we wish our Disney colleagues all the best for the launch and good luck in the race for second position,” he added.