Marc Rosen is the film and TV producer whose credits include Harry Potter and Threshold. In March he set up Georgeville Television (GVTV) and he now has three straight-to-series orders from US broadcast nets and two more on cable. He tells TBI about the new shows, which include a new offering from The X-Files’ Chris Carter and a reboot of classic sci-fi series Blake’s 7. 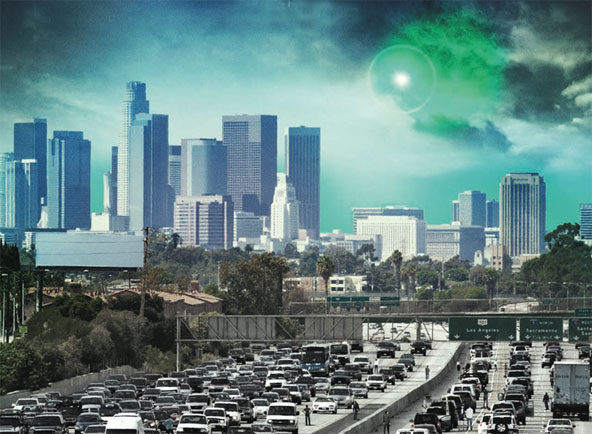 The After, a new show from The X-Files’ creator Chris Carter

GVTV launched in March, but Marc Rosen says he was working on setting up his new production firm for two years. “We want to grow shows like a US studio, but be more flexible and fluid in terms of the deal-making,” says Marc Rosen. “I was leaving a production deal and asked myself what the business was all about and I identified a gap in the market,” Rosen says.

That gap was for straight-to-series shows in which the total budget is not frontloaded around a huge pilot, but across a guaranteed full series order, giving distribution partner Sierra Engine a full season to take to market and sell internationally.

GVTV’s shows are not, however, inexpensive. Crossbones has a budget of over US$4 million an episode and The After and Blake’s 7 both come in at north of US$3 million per instalment. The cost, however, is not frontloaded around a huge pilot, but across a guaranteed full series order.

“I always wanted to have straight-to-series projects, why should networks spend $10-to-$15 million dollars on a pilot when you could spend a little more and get thirteen full episodes,” Rosen says. “Pilots can sometimes make a show look too expensive and we’re not being forced to do that.”

GVTV is backed by Indian conglomerate Reliance, which, Rosen says, means it does not need to attract a plethora of coproduction partners . 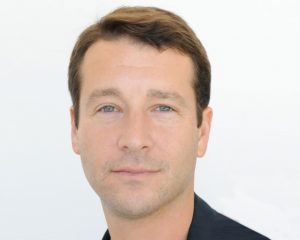 The network series are Crossbones, Hunters and The After. The two confirmed cable series are Blake’s Seven and Z, a contemporary take on the Zorro legend.

NBC was looking for a partner on Crossbones, which is in pre-production and will air on the network next year. Based on the Colin Woodward novel, Neil Cross (Luther) is attached as the showrunner on the 10x1hr series, which centres on the idealistic island society set up by infamous pirate Blackbeard.

Hunters, meanwhile, crossed GVTV’s radar courtesy of James Lassiter from Will Smith’s production company Overbrook Entertainment. The procedural, for ABC, follows an elite team doctors and scientists taking on impossible medical cases. Will Smith will not star, but Rosen says an as-yet-unnamed movie star is on board.

Perhaps the most eagerly-anticipated of the three series is The After, largely because it is from The X-Files‘ creator Chris Curtis.

Set in Los Angeles, it’s a twist on an end-of-the-world scenario. “Most things in case skip straight to post-apocalypse, but this examines the first seconds and then days after mystery event,” Rosen says. “There is a group of eight characters and they are trying to work out what has happened.”

For cable there is also Z, a modern-day adaptation of Zorro. A full script and bible for the show, which is for an unnamed US cable network, has been produced. “It’s an ‘inspired-by’ piece,” Rosen explains. “It’s about a young Latino kid in Los Angeles who, with his uncle, sets out to avenge his sister’s murder and ends up taking on a modern-day Zorro character called Z.”

Naren Shankar (CSI, Star Trek: Deep Space Nine) has been brought on as producer and it will be directed by French director Louis Leterrier (Transporter, The Incredible Hulk).

The Zorro connection continues with 13x1hr Blake’s Seven with Martin Campbell, director of thr big-screen The Mask of Zorro, on board as director and executive producer. The show is a new adaptation of the classic sci-fi series, for Syfy in the US and Sky in the UK.

Sierra Engine is selling Crossbones, The After and Hunters.

The newly minted distributor made its first outing at MIPCOM and was shopping the GVTV series as well as another new scripted show Rescue 3. The 22x1hr series for Tribune in the US is from one of the creators of Baywatch, Gregory J. Bonann and stars Dolph Lundgren as a member of an elite rescue task force.

Sierra/Engine Television is the result of an alliance Chris Philip, Nick Meyer and Marc Schaberg, who have joined forces.

As well as the GVTV fare, the Chris Philip still has a first-look deal with Ben Silverman’s Electus and has other shows in the catalogue including Nickelodeon’s animated series Glenn Martin DDS and a range of DIY series featuring Mike Holmes.

Philip says there is a development slate stretching to 30 projects.