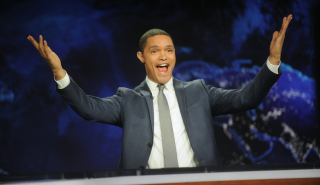 PBS and OZY Media have announced plans for Breaking Big, a 12-episode documentary series that explores the journey to success of some of the world’s most influential artists, innovators, politicians, athletes, authors and entrepreneurs. Hosted by journalist and co-founder and CEO of OZY.com Carlos Watson, the 30-minute documentary films trace the unusual paths followed by […]

Viacom is set for a strategic partnership with Day Zero Productions, an international production and distribution company led by Trevor Noah, host of Comedy Central’s The Daily Show with Trevor Noah. Under the long-term deal, Viacom will have exclusive first-look rights on all projects developed by Noah and his prodco across media including television, feature […]

Viacom launches Daily Show on Amazon Alexa in the UK