NBC Universal has named Denise O’Donoghue president of international television production at NBC Universal International, the role previously filled by Angela Bromstad. O’Donoghue is the former boss of Hat Trick, the UK indie producer behind hit shows including Have I Got News For You and The Kumars at No 42. “[Denise] has been responsible for […]

W produces Canadian version of How To Look Good Naked

Canadian broadcaster W Network has commissioned a local version of fashion format How To Look Good Naked after striking a deal with UK distributor RDF RIghts. The Corus Entertainment-owned network will launch 13x1hour How To Look Good Naked Canada later this year fronted by eTalk’s Zain Meghji. The show, which has gone into production, is […]

UK commercial broadcaster Channel 4 will axe Endemol’s reality series Big Brother after its eleventh series next year. The latest season of the iconic reality show has been the least watched since it launched in the UK in 2000 and Channel 4 has confirmed it will not agree a new deal for the show, renewed […]

FremantleMedia’s half-year profits have slipped with the company blaming ‘general pressure on margins’ and lower production volumes for a key show. The company, which is owned by pan-European broadcast group RTL, reported half-year EBITA profit of €87 million (US$124.5 million) compared with €90 million in the same period a year earlier. Revenue was up however, […] 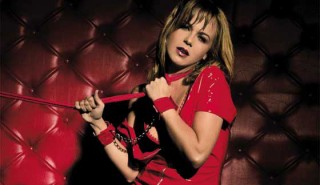 Fox International Channels is to launch its first original drama production in Latin America – supernatural mystery Cadabra. Pan regional pay broadcaster Movie City Pack (LATV) has picked up the order for the series, which will be produced through the company’s Fox Telecolombia division. This follows the successful production of Tiempo Final, the dark drama […] 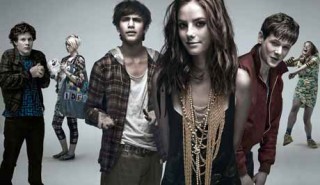 MTV to produce US version of Skins

US cable network MTV is to make a local version of hit British teen drama Skins after striking a format deal with All3Media International. The US broadcaster landed the rights to the series, which follows a group of badly behaved teenagers finding love, experimenting with drugs and dealing with a wide variety of teenage issues. […] 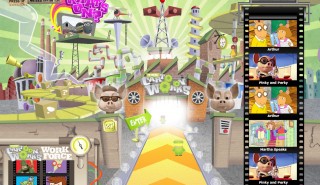 BBC sets up online portal as a destination for British animation

BBC kids channel CBBC is expanding its online Cartoon Works portal with the aim of making it a ‘creative cartoon playground for the UK animation industry.’ It is expanding the site, which launched last year, to accommodate a range of new animated series from new and existing producers. The best of the submitted content will […]

FremantleMedia’s North American arm has optioned German entertainment format Beauty Queen. FremantleMedia North America has optioned the show in the US and Canada. The format, created and owned by German indie ohm:tv, has already been optioned in Finland, Spain and Germany although there is not yet a broadcast version in production. Described as a ‘unique […]

Channel 4 Britdoc Foundation and the Sundance Institute are launching a new pitching event in London that will aim to bring together filmmakers and charitable organisations and have announced the lineup. The event, which is also hosted by producer Working Films and Amnesty International, began last year as part of the Britdoc Film Festival in […]