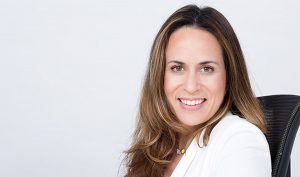 Abril was most recently SVP & head of VIS EMEA and Asia for Paramount International Studios, having initally joined Viacom in 2009.

She remained with the US studio after Viacom merged with CBS to form ViacomCBS (now known as Paramount) and worked across its Viacom International Studio production business in Europe, including overseeing its expansion in Spain four years ago.

Abril, who also headed up Paramount’s streaming and network operations in Spain and Portugal, has worked across Paramount shows including Bosé and Las Invisibles.

Last year, she oversaw VIS’s first-look deal with Spanish production company Morena Films, which has been behind shows including Diablero, and the first Italian original for Paramount+, Miss Fallaci Takes America.

VIS has a raft of non-English language shows on its slate with companies including Gaumont, El Deseo, Cattleya, 100 Bares Productions, 11:11 Films & TV and Indigo.

Abril was also involved with the launch of SkyShowtime, the Paramount and Comcast join venture streamer launching across swathes of Europe.