How France is leading the world on streamer regulation 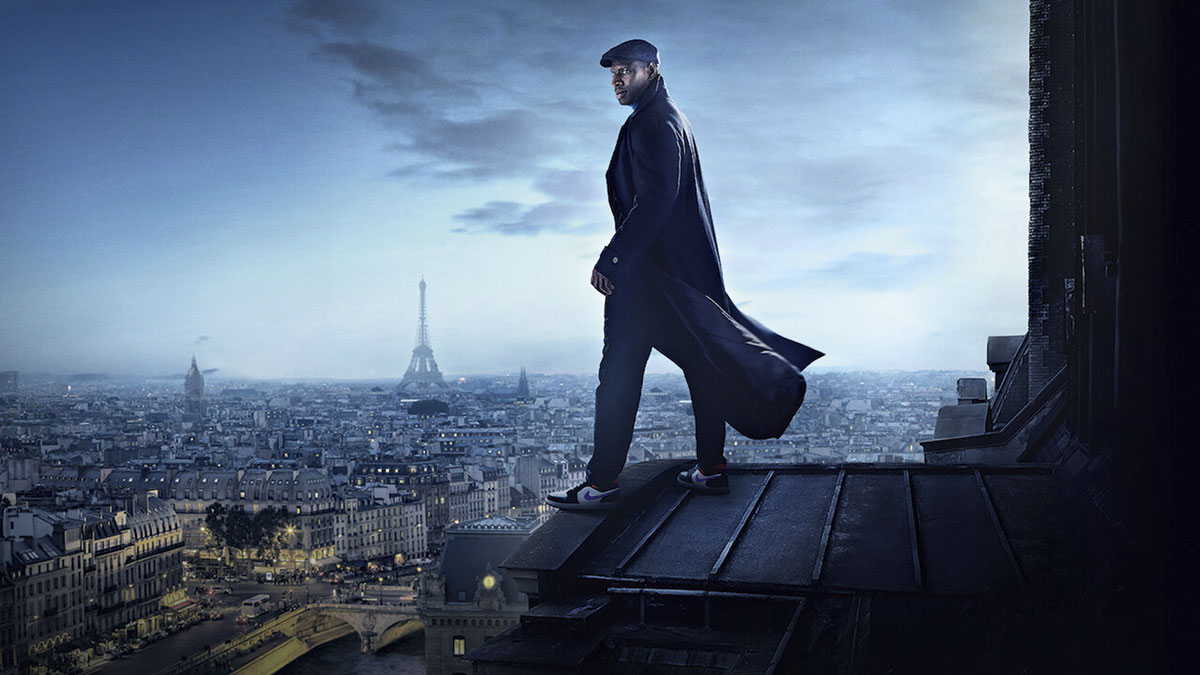 Lupin, is produced by Gaumont, whose revenues jumped by 73% after its move into series

France has been at the forefront of regulating domestic content investment from global streamers such as Netflix and Amazon, with countries around the world watching developments closely. Marie-Agnès Bruneau reports on what the changes mean

After a drawn-out process, the French government has finalised a new regulatory framework that will implement the European Audiovisual Media Service directive into French law. The result means global SVOD platforms must invest 20% of their French revenues into local production, split 80/20 between TV fare and theatrical films.

The process has seen several laws published, starting with the SMAD (Services de Médias Audiovisuels à la Demande) decree in 2021, followed by DTT and cabsat channels legislature, and then specific Netflix, Amazon and Disney+ conventions, which were signed with regulator Arcom (fka CSA) at the end of December.

The final steps came with the revamp of film media windowing alongside a specific Netflix trade agreement, struck with French cinema organisations in February. 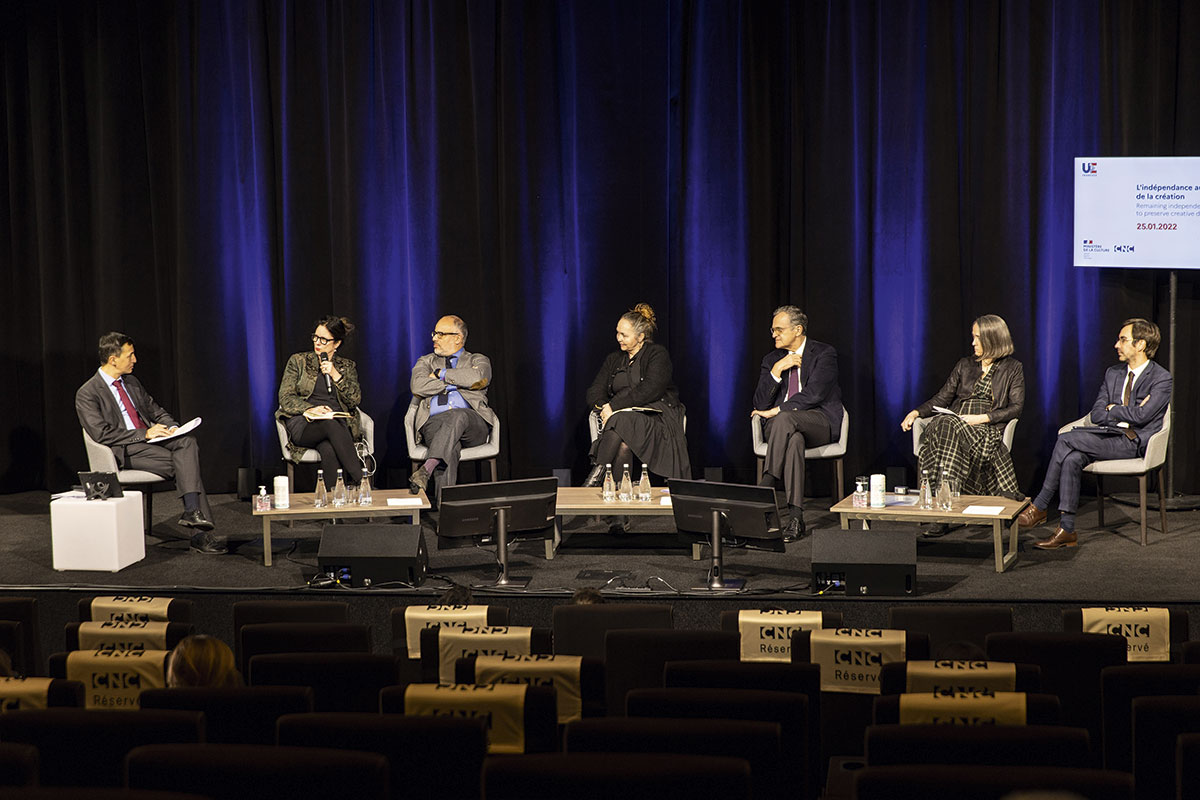 Speaking at a panel organised by French funding body the National Centre for Cinema and the Moving Image (CNC) in February, Roch-Olivier Maistre, president of Arcom – which changed its name from CSA while also seeing its power extended to digital players – said the move would “bring between €250m and €300m to French production this year and it will be dynamic as it is based on revenues.” Maistre also highlighted that more streamers are launching in the country, meaning further revenue raising.

Netflix alone said it will invest €200m ($222m) this year and committed €40m to theatrical feature films production through its trade agreement. Prime Video revenues are difficult to estimate, but Amazon and Arcom agreed together on a €40m yearly investment.

Ahead of the curve

France has been ahead of the European curve on introducing the changes and Maistre said that his organisation is now sharing information between the various European regulators, with a MoU (Memorandum of Understanding) having been agreed with Irish colleagues.

So far, only 11 out of 27 European countries have implemented production obligations, but, aside from Italy, they have introduced much smaller investment targets for the streamers. “France mobilised itself as much as it has because the continuation of our funding system was threatened,” said Jean-Baptiste Gourdin, director-general of media and cultural industries for France’s ministry of culture.

“It was vital to establish an industrial equity between players. The rate of 20% is not disproportionate nor unjustified, it represents only 1% of Netflix’s total €17bn investment, whereas the weight of French subscribers is 4%.”

Indeed, as the home of ‘exception culturelle’, France is probably one of the most protective countries in the world, with broadcasters heavily regulated themselves. “We looked to re-balance the whole, implementing a principle of equity rather than uniformity,” Gourdin explained.

“That is not the same as an outlet carrying almost only scripted fare and a more generalist channel building a diversified schedule [across a variety of genres, including news and sports].”

The new decrees will also see terrestrial networks with a generalist schedule having to invest a minimum of between 12.5% and 15% of revenues into audiovisual works (drama, animation and documentaries). That is less than the 16% being asked of scripted-driven platforms, while premium movie pay-TV channels, which comparatively run less scripted TV fare, have to invest just 6%. 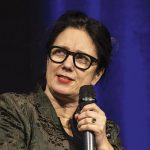 “People don’t realise that we own less than a quarter of our European works, it’s a very small amount”
Madeleine de Cock Buning, Netflix

The regulation also includes the possibility to negotiate with producers unions, as Gourdin explained, with the aim being to leave room for trade negotiations. “Models are changing, it would have been impossible to freeze everything in stone,” he says.

One of the trickiest negotiations was around the windowing of platforms’ theatrical films, which in France is regulated by a trade agreement meant to protect cinema. As a pay-TV channel, Canal+, which is the biggest French movie financier, managed to negotiate a six-month window after theatrical release (down from eight months).

That is against an improved €200m annual investment that remains well ahead of the SVOD platforms. The new arrangement also means Canal+ was able to secure first run rights to Paramount movies as part of an exclusive agreement, which also includes Paramount+ distribution.

SVOD windows, meanwhile, were set at 17 months (instead of 36), followed by free-to-air channels at 22 and AVOD at 36. Netflix negotiated its own deal on a shorter 15-month window, against a number of guarantees including budget diversity.

There is also now additional legislation on rights ownership. Streamers must dedicate two-thirds of their audiovisual works investment to independent production (a figure that rises to three-quarters for feature films) and there are strict rules governing ownership: no shareholding interest; no co-production shares or distribution mandates; no more than 36 months of exclusive rights; and no more than 72 months of rights altogether.

“We made the structural decision to stand by independent producers, so they can continue to build up their own assets and not just become service companies,” Gourdin said.

“People don’t realise that we own less than a quarter of our European works, it’s a very small amount,” said Madeleine de Cock Buning, Netflix’s VP of public policy for EMEA. Cock Buning added that a variety of deals are available according to the producer’s profile, such as its home country, whether it’s a new company and if it is able to invest itself.

She also highlighted that the streamer has invested €4bn in Europe over the past three years, building relationships with around 300 producers. Netflix intends to do more, she added, not because of regulation, but because of motivation. If it does not keep its producers happy then they will not work for Netflix, she stressed.

These words have been backed up by action. Netflix recently presented its 2022 slate including a number of big budget series and genres that traditional broadcasters cannot afford, such as action.

Amazon is already quite active in high-end drama too, while Disney+ has launched its first French family-friendly shows, including comedy Weekend Family and supernatural and mystery teen series Para//èles, diversifying the scope further.

In animation, streamers also offer great opportunities and, as Xilam’s Marc du Pontavice said in February, they enable global reach. “Psychologically, that is a huge change,” he said, especially because children normally have fewer cultural barriers. Streamers are also opening up a new market for animation aimed at 15-35-year olds: French animation producers have long been looking to target this demographic but were lacking commissioners and strands to do so.

From a creative aspect, the outlook seems positive but concerns have been voiced by some that streamer commissions are in danger of now becoming too local in terms of subject matter, with French firms only producing documentaries about France, for instance.

TV producer unions also questioned the genre diversity criteria. And while the requirements are likely to drive drama as a whole, there are fears that big scripted series such as Lupin concentrate most investment.

It is also worth noting that Arcom, which admitted it wanted to move quickly in order to not miss another year, asked platforms to commit to two genres each. Two agreed for animation obligations (4.4% for Netflix and 3.5% for Disney+), while Amazon Prime Video chose instead to focus on performing arts (3%) and documentaries (3%).

Disney+ and Netflix also committed to documentaries, but with much smaller investment amounts of 1.5% and 0.6% respectively, which offended some doc producers. According to unions, that makes a total of €3m for the genre, including just €1m at Netflix, less than the platform’s current spending.

These are also minimum targets and as if to show that documentaries are part of its plans, Netflix presented three projects (including two series) as part of the 12 mentioned in March. The streamer also had the doc executives posing on the team picture.

Most producers say it is too early to evaluate the effects of the new regulations on independent production quotas and on deal models.

The CNC is going to adapt its grant system so producers can apply for funding for shows that are being co-produced but not fully funded by streamers. It has also introduced an experimental fund, which selected its first three projects in December – a drama, an animation and a documentary, but it is not willing to comment further before the experiment concludes in April.

The CNC also points out that it is already possible for producers to apply for grants when a show involves both a traditional French broadcaster and a streamer, a model used several times. France Télévisions recently came onboard a couple of streamer shows, one of which is for Amazon.
Competition & consolidation

Disney+ supernatural teen mystery series Para//èles’ is one of the streamer’s first family-friendly French shows, with a budget out of reach of most broadcasters

If there’s a lack of euphoria among TV producers given the new rules, it may well be because of the fiercely competitive market and the fast-paced M&A activity. Driven by streamer’s cinematographic creative approach, more movie producers are entering series production. Many Netflix shows are, for instance, produced by feature film producers, companies that either diversified long ago into TV such as Gaumont, or more recently, such as Films du Kiosque, which is responsible for two major Netflix series, Family Business and Fanny Herero’s Drôle.

Gaumont 2021 revenues jumped 73% to €266m thanks to series, delivering 14 TV shows including Amazon’s animation Do, Re & Mi and spy series Totems, alongside new seasons of Narcos Mexico and German series Barbarians for Netflix. It is also shooting a new season of Lupin.

While there has been much focus on streaming, producers are also increasingly looking at how market changes will affect their traditional domestic landscape, namely with the potential merger of TF1 and M6.

The issue of IP remains hot too. Broadcaster’s production obligations have relaxed, with the rate required from ‘independents’ standing at two-thirds.

The possibility to own co-production shares kicks in once broadcasters fund over 50% of a budget, as does the opportunity to secure so-called ‘360 digital rights’. To qualify as an ‘independent’ commission, however, broadcasters are restricted to taking distribution rights, although that can be negotiated through trade agreements.

On top of all this, president Emmanuel Macron recently announced that if he is re-elected this April, he will remove French pubcasters’ licence fees, adding that he intends funding to be replaced. Despite the new laws governing streamers, the flux of the French market continues apace.