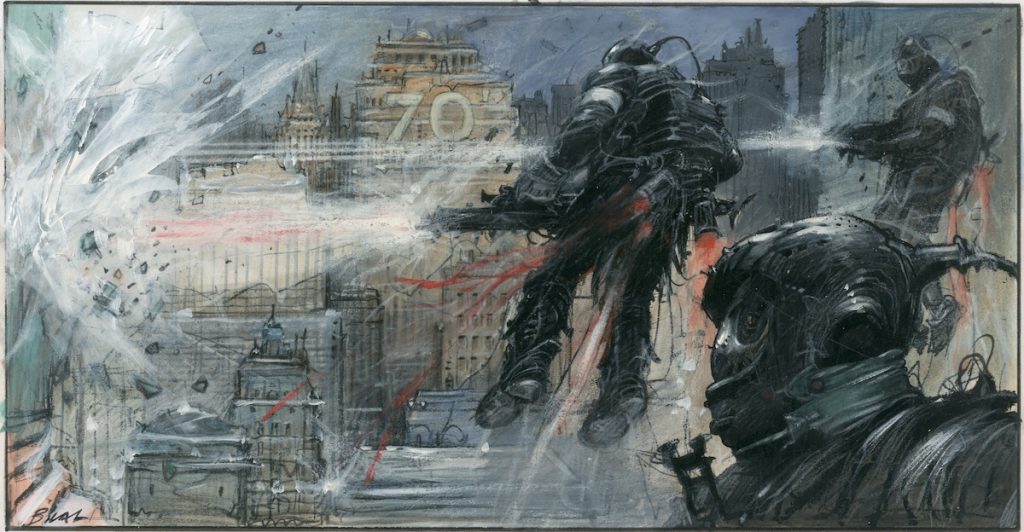 Collaborating with the author and illustrator, Trioscope will bring it to the screen under thee title Monster.

The story follows Nike Hatzfeld, a man with the unique ability to recall every memory since the day he was born, who finds himself using his gift to make sense of his orphaned past to survive the chaotic and savage present.

His story intertwines with Leyla and Amir, born just days apart from him in the same orphanage bed and also parentless amidst the bombs of Sarajevo in 1993 during the Yugoslav Wars. Considered expendable and manipulated by a radical organization that’s trying to eradicate science and truth from the world, the trio’s lives split into divergent paths before they reunite once more.

“Enki is a true master at creating darkly rich and provocative worlds.” said Trioscope’s Jonkajtys. “We’re honored by the opportunity for our tech platform and creative team to help bring ‘Monstre’ to life as a stylized live-action series that not only will captivate a broad TV audience, but also offer fans of the book an immersive new way to experience Enki’s beloved masterpiece.”