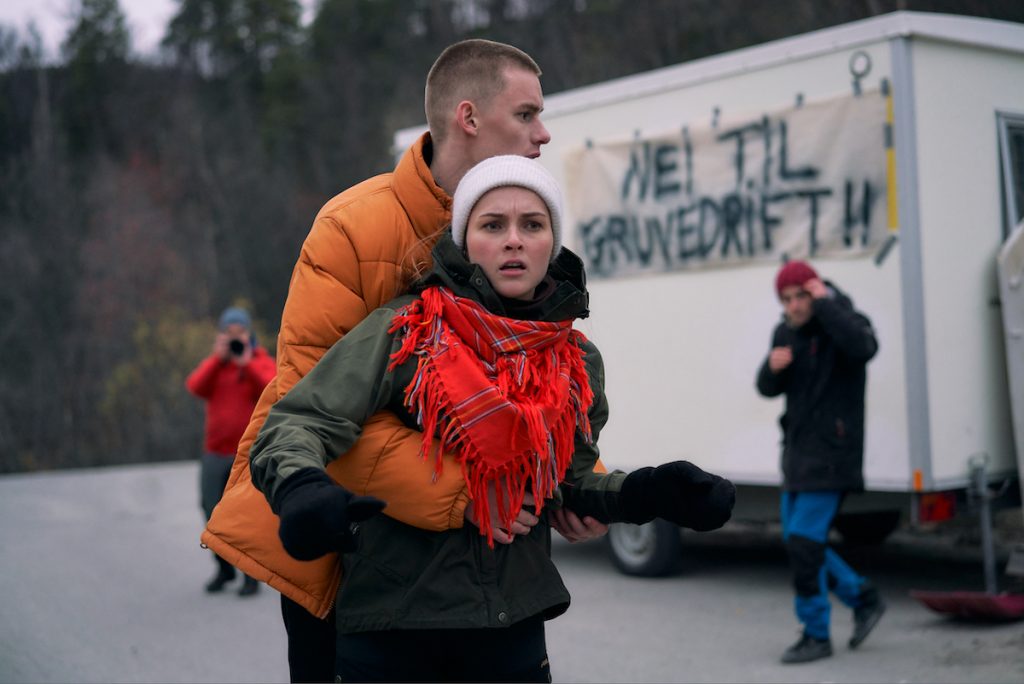 This 6 x 35-minute young adult drama is a “modern-day Romeo-and-Juliet story”, says show creator Karina Lystad, with those parallels obvious in the fraught relationship of Daniel and Elin – who are on different sides of the climate change debate.

Daniel has hit a rough patch. Just expelled from university, he’s now back home with his sick mother. Without a job, Daniel likes to spend his time trolling environmentalists on the internet. To him, they are utterly naïve: here and now is what matters.

When Daniel meets law student Elin on a night out, it quickly turns into much more, but what they don’t know yet is that they are on the opposite side of the same issue – while Elin is an avid climate activist from an indigenous family, whose lives and livelihood are threatened, Daniel is about to get a much-needed job when the local copper mine reopens.

While the brewing conflict around the mine causes a rift through the community, Daniel makes a fateful decision, threatening to destroy everything.

“Daniel and Elin embody the two very polarized sides of the climate debate,” says Lystad. “And the climate debate is in turn just another example of the same divide seen in most debates between liberal/socialist vs conservative world views. Elin is an idealist and Daniel is a realist, and they argue accordingly.”

Lystad explains that what the show wants to explore is the possibility of finding a middle ground in any debate – “and if not, at least find respect and understanding for the person you disagree with. And maybe also realizing that we have more in common than what sets us apart.”

Daniel and Elin;’s relationship also explores “how we are influenced by where we come from,” says Lystad. “Our own sense of identity might be partly inherited and influenced by expectations from the people around us. And that makes it even harder to break out of the prison of the expectations of our relatives or relationships.”

Despite its weighty themes, Lystad says that the show ‘is first and foremost, a love story about two young people who are willing to sacrifice everything for each other, but have to keep it a secret.”

It’s a story that will appeal the world over, says Lystad: “It is about being on the cusp of adulthood, trying to figure out what the rest of your life is going to be like. We portray a group of young people in a rural part of the world but being young is a universal experience and relatable, no matter where you live.

“Our protagonists are facing the same worries and issues that most young adults face, and they have fun, just like everyone else: partying, drinking, road trips, flirting, quarrels, concerts, and intrigues.”

Synopsis: Two teenagers fall in love, despite their strongly opposing stances on the climate change debate – but as tensions in the town erupt, their romance looks doomed to failure