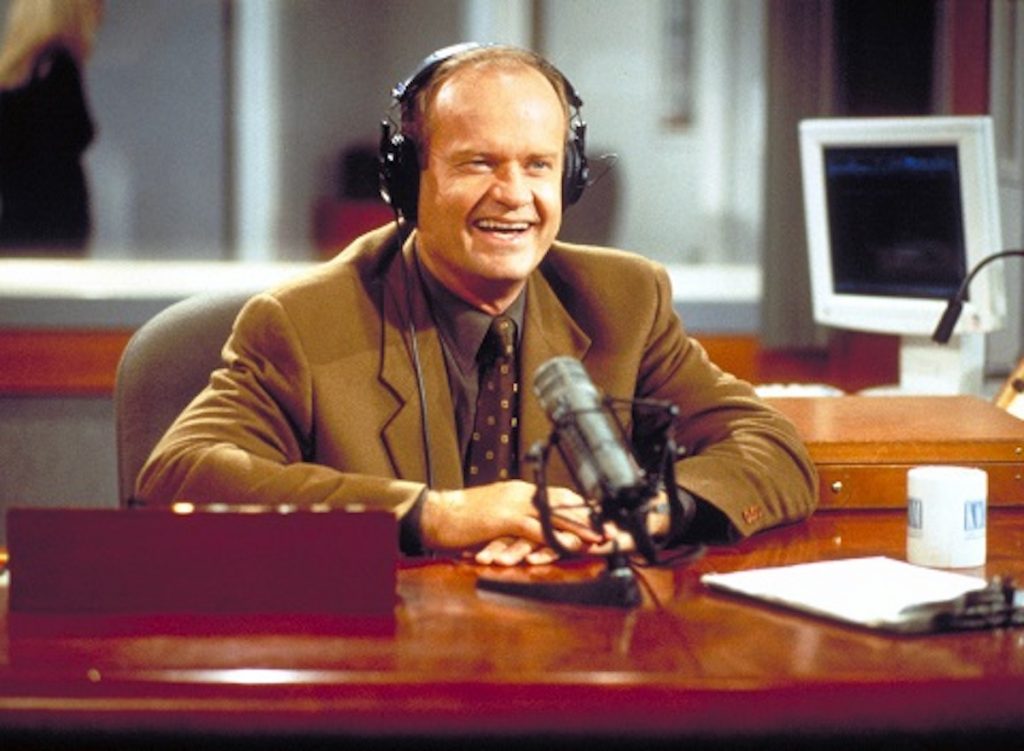 Paramount+ has handed the official greenlight to its revival of 1990s NBC sitcom Frasier.

Kelsey Grammer will return as Dr Frasier Crane, the radio psychiatrist who moved to Seattle to begin a new life, spinning out fellow NBC comedy Cheers. This revival will see Frasier starting over once again in a new city.

The revival is being produced by CBS Studios in association with Grammer’s Grammnet Productions.

HBO Max has ordered a new comedy series, How To Be A Bookie, from The Big Bang Theory creator Chuck Lorre.

Lorre and Nick Bakay will co-write and exec produce the series, while Warner Bros. Television, where Lorre and his Chuck Lorre Productions are under an overall deal, is the studio.

Actor/comedian Sebastian Maniscalco (The Irishman) will star in the single-camera series, which has received an order for eight episodes. The series follows a veteran bookie, who struggles to survive the impending legalization of sports gambling, increasingly unstable clients, family, co-workers, and a lifestyle that bounces him around every corner of Los Angeles.

Casey Bloys, chairman and CEO, HBO and HBO Max, commented: “It’s very exciting to have the next comedy series from Chuck Lorre and Warner Bros. Television.

“We have been fans of Sebastian’s for several years and look forward to what these brilliant comedic voices put together for HBO Max.”

According to the streamer, the show has accrued 299.84 million hours viewed during its second week on the service.

This places it second only to Stranger Things season four as Netflix’s most-watched English-language series in a week.

Dahmer: Monster – The Jeffrey Dahmer Story stars Evan Peters as the serial killer, with the story largely told from the point of view of his victims.