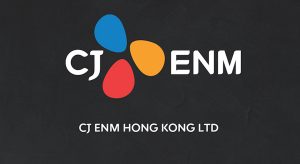 South Korea’s CJ ENM has invested in US-based platform AmazeVR as it looks to expand its VR capabilities.

The Korean firm said the investment, details of which have not been disclosed, would enable it to expand “the lifetime value of its IPs” by creating new content with the LA outfit.

“On top of the company’s vast content library, CJ ENM’s production capabilities combined with AmazeVR’s technology will be able to create a new form of VR content that is not bound by time or space,” the company said.

AmazeVR was founded in 2015 and specialises in VR concerts to virtual ly provide front row seats to viewers. It has recently worked on Megan Thee Stallion’s VR concert tour.

The investment is part of CJ ENM’s strategy to expand its digital and tech interests, which has also seen it invest in Hyperreal Digital, a US-based metaverse firm. The company has also been expanding its content investments, buying Endeavor Content and recently rebranding it Fifth Season.